China bans ‘Muhammad’, other Muslim names for newborns in Xinjiang

Beijing, Apr 25: China has banned dozens of Islamic names for babies belonging to the restive Muslim-majority Xinjiang province, in a move that would prevent children from getting access to education and government benefits, a leading rights group said today. 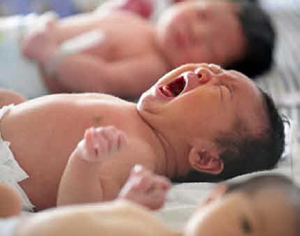 Xinjiang authorities have recently banned dozens of names with religious connotations common to Muslims around the world on the basis that they could "exaggerate religious fervour," the Human Rights Watch (HRW) said.

Children with banned names will not be able to obtain a "hukou," or household registration, essential for accessing public school and other social services, it said. The new measures are part of China's fight against terrorism in this troubled region, home to 10 million Muslim Uyghur ethnic minority.

This is the latest in a slew of new regulations restricting religious freedom in the name of countering "religious extremism," the HRW said.

Conflicts between the Uyghur and the Han, the majority ethnic group in China who also control the government, are common in Xinjiang.

A full list of names has not yet been published and it is unclear exactly what qualifies as a religious name, it said.

On April 1, Xinjiang authorities imposed new rules prohibiting the wearing of "abnormal" beards or veils in public places, and imposing punishments for refusing to watch state TV or radio programmes. These policies are blatant violations of domestic and international protections on the rights to freedom of belief and expression, the HRW said.

Punishments also appear to be increasing for officials in Xinjiang who are deemed to be too lenient.

In January, the authorities imposed a "serious warning" on an official for complaining to his wife through a messaging app about government policies.

With the arrest of BJP leader Nagaraj, total arrests in Chikkaballapur blast case mounts to eight 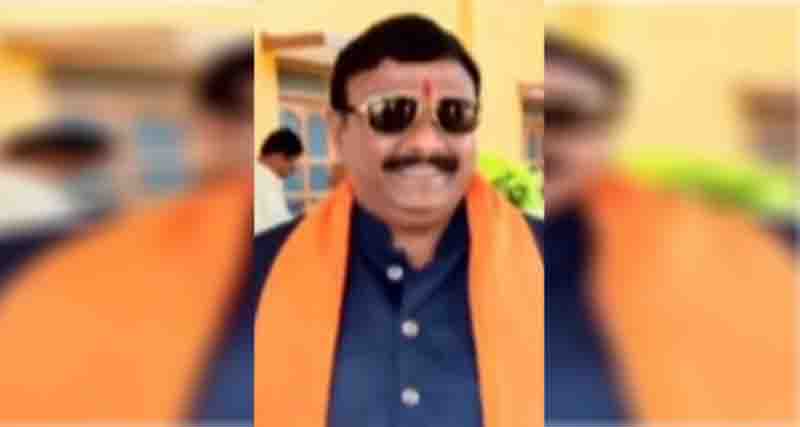 Bengaluru, Feb 26: The number of persons arrested in connection with the blast at a crusher at Hirenagaveli, Chikkaballapur district, is now eight after the police nabbed G S Nagaraj, one of the four partners of the quarry and a local BJP leader.

Known as Gudibande Nagaraj, he was one of the main accused in the quarry explosion case. He was on the run since the explosion claimed the lives of six labourers of the crusher during the late hours of February 22. The tragedy occurred when they were attempting to hide the cache of explosives in the forest land behind the crusher, after raids by authorities earlier in the day.

Another person identified as Ganesh, hailing from Tamil Nadu, was also arrested by the police for questioning, as he is learnt to have to conducted blasting at the crusher a few months ago.

Nagaraj was among the four partners running the quarry. Three others, Venkatashiva Reddy, Raghavendra Reddy and Madhusudan Reddy were arrested on Thursday.

According to Chikkaballapur police, eight accused in the blast case are now arrested. A total of 15 people were named in the FIR, which was initially filed against the crusher on February 7 and updated post the explosion.

Apart from the six people who perished in the incident, one more dead person - Imthiyaz, one of the partners of the quarry, who passed away two months ago - was also named in the FIR filed by the police.

CID officials, who took over the case, launched their investigation into the incident.

Mangaluru | Siddaramaiah hits out at PFI, SDPI; asks why not BJP govt banning them

The former CM was speaking at the ‘Bhavaikyata Samaavesha’ organised by the Dakshina Kannada district unit of Indian National Congress to mark the swearing in ceremony of K K Shahul Hameed as the new president of the minority wing of the DK Congress today at town hall.

“The BJP has claimed that there are sufficient evidence for the involvement of PFI and SDPI in communal violence cases including recent Bengaluru violence. If that is the case why the Karnataka unit of BJP is not pressurising the Modi government at the Centre to impose ban on those outfits?” Siddaramiah questioned.

Earlier, speaking to media persons at Mangaluru International Airport, Siddaramaiah dubbed PFI and SDPI as the 'B teams' of BJP.

"BJP initially gives permission to PFI to hold the rally. Then indulges in blame-game. In a way, PFI and SDPI are B teams of BJP,” he said. 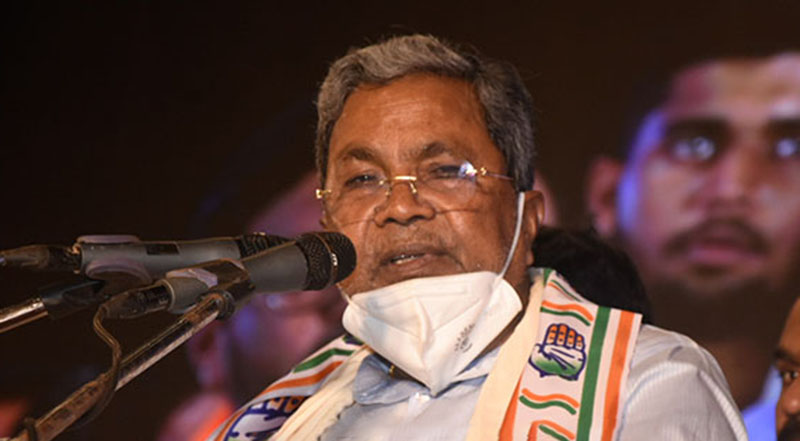 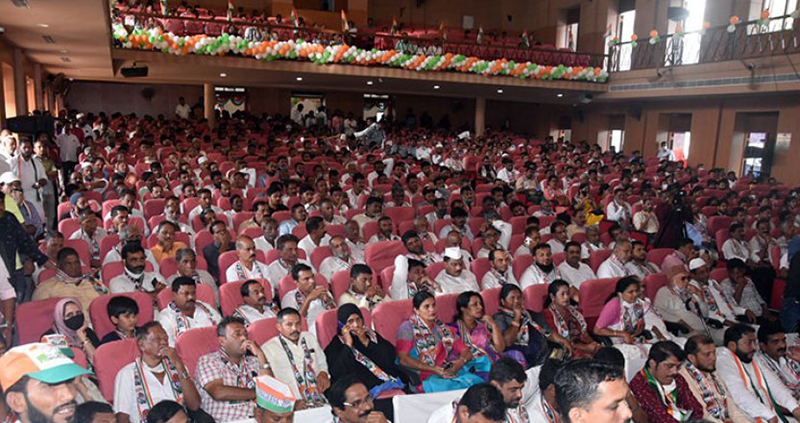 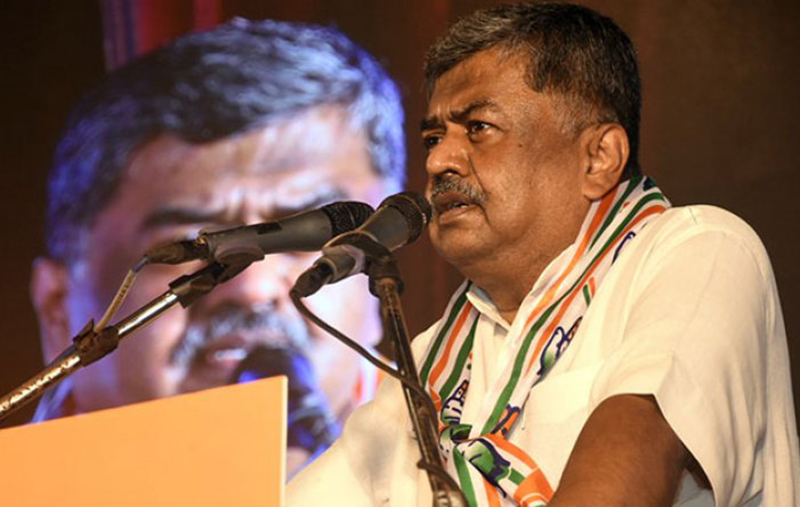 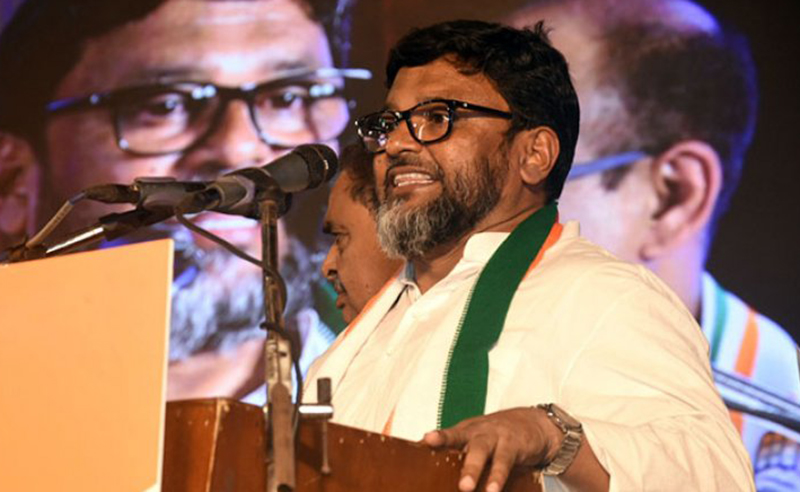 Even you will not find mask also with majority of gathering.

See the picture - No one is maintaining the distance keeping protocol.
then how you will control the spread of corona virus?

Bengaluru, Feb 19: The Supreme Court of India today issued notice to the Karnataka government and others on a plea challenging the grant of bail to former Mayor of Bengaluru Sampath Raj and former Corporator Abdul Raqueeb Zakir in a case related to the East Bengaluru violence on August 12 last year that left four people dead.

A bench of Justices Sanjay Kishan Kaul and Hrishikesh Roy sought a response from Raj and Zakir within three weeks on the plea filed by Congress MLA of Pulikeshinagar Constituency R Akhanda Srinivas Murthy through advocate Amit Pai.

The Karnataka High Court had granted bail to both Raj and Zakir in February this year.

Arguing for Srinivas Murthy, senior advocates Devadatt Kamat and R Basant and advocate Rajesh Inamdar informed the court that though the accused had committed serious offences, they had been released on bail.

Further, they said the reasons for granting bail had not been uploaded and only the operative part of the order had been made available by the High Court.

The petitioner contended that the accused were one of the principal conspirators for the incident, and had been instrumental in mobilising persons to vandalise and burn down his house as also to create a communal situation. In his petition, he claimed that Raj, who lost Assembly polls from the neighbouring C V Raman Nagar Assembly constituency, harboured ill-will due to political reasons. The accused created unrest and a law and order situation on the pretext of an alleged derogatory post by his nephew.

The case has been filed in relation to offences under the IPC, as well as the Karnataka Prevention of Destruction and Loss of Property Act, 1981, and the Scheduled Castes and Scheduled Tribes (Prevention of Atrocities) Act, 1989.

Around 3,000 to 4,000 people went on a rampage in August last year, setting ablaze the houses of Pulakeshinagar Congress MLA Srinivasamurthy and his sister over an alleged inflammatory social media post by his nephew.

The mob also torched Devara Jeevanahalli and Kadugondanahalli police stations over suspicion that the nephew was present there.