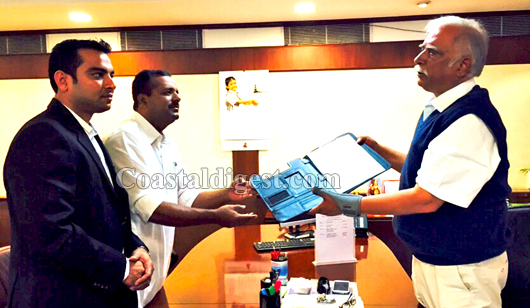 At a meeting held here on Friday, the Union Minister positively responded to several issues pertaining to the expatriate community from coastal Karnataka raised by U T Khader, the Minister for Health and Family Affairs, Karnataka, and Asif Amaco, the CEO of Amaco Group of Companies and founder of Coastaldigest.com.

He suggested the two member delegation to convey their demand directly to Jet Airways.

However, the government-owned Air India Express may not be able to start new flight operation between Mangaluru and Riaydh from the impending summer season, he clarified.

The duo brought the issue ofharassment' meted out to the international passengers by the over-zealous Customs officials at Mangaluru International Airport, to the notice of Mr Gajapati Raju. He promised to look into the complaint and urge the Customs officials not to misuse their authority.

The Minister also said that runway expansion work at Mangaluru International Airport would soon commence as the Karnataka government has decided to acquire and handover the land.

Responding to the complaints against the Air India Express and itsarrogant' crew, the Minister said that airlines would be asked to treat the passengers with dignity. Mr Khader told the Union Minster that he had received complaints from several passengers that Air India flights would sometimes leave the Airport even before the scheduled time causing inconvenience to the passengers.

Mr Khader requested the Civil Aviation Minister to personally visit Mangluru Airport to personally inspect the things and interact with a few international passengers. Accepting the invitation, Mr Gajapati Raju said that he would soon visit the South Indian port city. Arun Kumar, the joint Secretary, Ministry of Civil Aviation, also was present at the meeting. 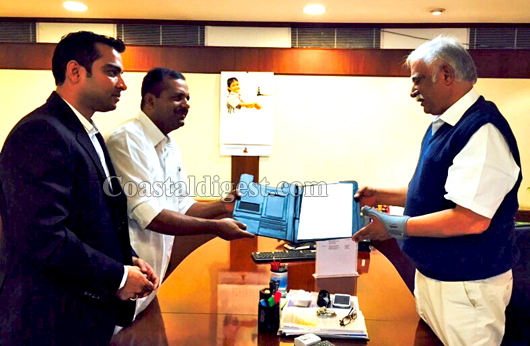