Your derogatory and hate-mongering remarks against Islam compelled me to write this letter. I can also use similarly provocative language with a different tone in this letter to denounce you. But, I prefer to follow the teachings of Islam and use the language of a Muslim and try my best to convince you that you have committed a grave blunder. Besides, I want you to open your mind to the right message of Islam so that you may apologise for your malicious and shameless words. 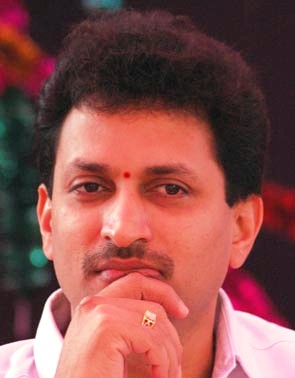 First of all, along with the fellow Muslims and other peace lovers I strongly condemn your irresponsible and withering statements which are completely against the fundamentals of the constitution and the socio-democratic fabric of India. I never expected such poisonous words from a Member of Parliament.

You went on to declare that until and unless Islam was wiped out from this world terrorism could not be eradicated. Let me make it clear that no force in the world can wipe out or hijack Islam. Protecting the religion is God's responsibility. As Muslims, we can only try to discharge our duties in Islam. So, I advise you to refrain from bizarre dreams. Islam had seen a lot of Pharaohs and pythons in its long past.

I really find it difficult to understand your psyche that linked Islam with terrorism. How did you cultivate such a poisonous and scornful notion? I am sure that Hindu Dharma or Hinduism did not teach you this because it advocates the theory ofVasudhaiva Kutumbakam' (the world is one family) and wishes,Sarve Janah Sukhino Bhavanthu' (May all men be happy).

Despite this fact, terrorists like Nathuram Godse, Sadhvi Pragya Singh, Swami Aseemanand, Lt. Col. Sashikanth Purohit, Col. Upadhyaya and many others had unleashed violence and killed innocents in the name of Hindu religion. However, I don't blame Hinduism for the blunders committed by them with their distorted understanding of Hinduism. They used Hinduism as a shield to protect their dangerous cultural and political tendency. Don't you agree this?

Similarly, Islam is a religion of peace and it has nothing to do with terrorism. So long as light and darkness doesn't exist together, Islam and terrorism can't cohabit. Islam is the one and only religion that upholds oneness and uniqueness of the God, and human values to its real height.

"Humanity" took its real meaning when Prophet Muhammad (Pbuh) revolutionized the warring nations and communities for the positive change through the tool of Islam.

Islam is the only religion which says that one is not a true believer (Muslim) if his neighbour (irrespective of religion, caste, nation etc) is not safe from his words or deeds. If you find likes of Godse, Purohit or Pragya Singh among those who identify themselves as Muslims, then Islam is not responsible for their misdeeds.

So, I advise you to study Quran and traditions of Prophet Muhammad (pbuh) to free yourself from misconceptions and confusions and to come out of grave darkness. Let not your ignorance and prejudice make you blind to the truth.