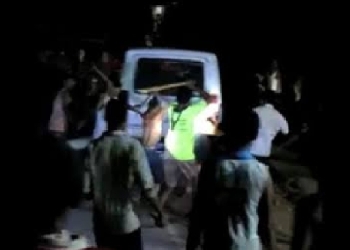 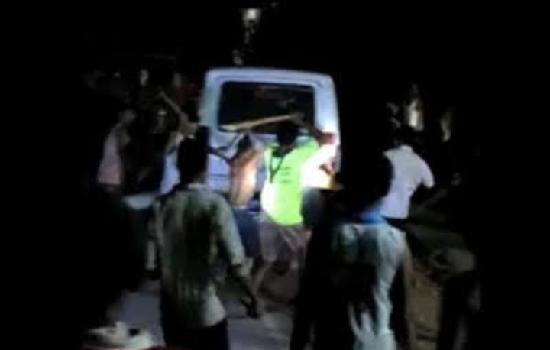 India has tragically witnessed the phenomenon of lynching becoming dominant during last few years. It was particularly around the issue of Holy Cow-Beef, that lynchings became more prevalent and two communities had to face the brunt of it, Muslims and dalits. The IndiaSpend data showed the rise of the incidents from 2014 and that close to 90% of victims were Muslims or dalits. Some notorious cases of lynchings were the one of Akhlaq, Junaid, Alimuddin Ansari, the beatings of dalits in Una. At another level it is during this period that the noted social worker Swami Agnivesh was also subjected to humiliating beating in the public. The communal color in India by now is so strong that many events, even before the details are known, are looked at from the communal color and false social noises start even before real facts are known.

Nothing can exemplify this more than the tragic lynching of two sadhus and their driver in Gadchinal village, near Palghar, a city nearly 110 Kilomenters from Mumbai. As the news of this tragedy spread the BJP leaders immediately started blaming Muslim minority for the crime. Nalin Kohli in an Interview to a German Channel said so. Not to be left behind Sambit Patra, the BJP spokesperson launched a tirade  against the liberals-seculars for their silence on the issue. As the matter stands the truth comes out that those sadhus were travelling to Surat from Kandivli area of Mumbai. It is a period of lockdown and they did not have the permission so they were avoiding the highway travel and going through interior routes. On this route was a village Gadchinale, an Adivasi dominated village where this tragedy took place.

During the lockdown period due to Corona virus the economic and social deprivation of poor people is extreme. Many rumors are floating there. In this village the rumor doing rounds was that a gang of chid lifters is roaming in different guises. Thats what these Sadhus were taken to be. Since the victims were Hindus and culprits are deliberately presumed to be from the other community. One recalls that to trigger the Mumbai violence in 1992-93 the incidence of murder of two Mathadi workers (HIndus) and burning of Bane family (Hindu) in Jogeshwari area of Mumbai, both these were false, these incidents were used as the pretext for the attack on the minorities.

In this case not only BJP leaders, the RSS itself also  jumped into fray along with Sadhu Samaj. A vicious atmosphere started building up.

As the incident took place, Palghar case dominated the usual media channels and large sections of social media. The Government of Maharashtra (Shiv Sena+NCP+Congress) stood on the solid ground of truthfulness and arrested nearly 100 culprits, none of them being a Muslim. Interestingly the local body of the village is controlled by BJP and the chief of this body Chitra Chowdhari is a BJP leader. While the Maharashtra Government is standing on the solid ground of the facts of the case, it has also given the warning that those spreading falsehoods will not be spared.

The cruelty of those taking law into their hands is shocking. During the last few years taking law into the hands of the mobs is becoming close to normal. The real reasons are many. One of this being the lack of proper punishment to those who indulge in such dastardly acts. Not only that many of them are in the good books of the ruling establishment and many of them are honored despite their despicable role in such incidents. One recalls that in case of Mohammad Ikhlaq lynching, one of the accused died in the police custoy due to incidentlal disease. Then Union Central Minister Mahesh Sharma landed up to drape his body in tricolor. In another such case of Alimuddin Ansari, when eight of the accused got bail, the Union Minister Jayant Sinha garlanded them. What message it sends down the line?

The other factors contributing to the rise in intensity of violence is the overall social frustration due to life generally becoming more difficult. The rule of BJP has also encouraged intolerance, where people with differing opinions are looked down upon and called anti- Hindu, Anti National etc. Swami Agnivesh who criticised the blind faith, the statements like ‘plastic surgery in ancient India, or divine nature of Barfani Baba in Amarnath was humiliated in public.

The core issue is the dominance of sectarian mindset promoted by the ruling party and its parent organization the RSS. They are waiting to jump at any event which can be given communal color or where the minorities can be demonized. Few news channels, who are playing the role of loud speakers of divisive politics are adding salt to the wounds. The degree of Hate spread in the society has further taken the aid of innumerable social media networks to spread the false hoods down to all the sections of society.

The need for law against lynching needs to be brought in. All those participating in such dastardly violence need to be punished. Before that the whole atmosphere of Hate mongering and feeling that those talking law into their hands can get away with it, needs to be countered strongly. While a prompt police action against such incidents is the need of the hour, those who have made spreading hate as their business need to realize that no country can progress without the feeling of fraternity. Demonizing weaker sections may give them higher TRP, but it is also undermining our path of peace and progress.

Respect for Indian Constitution and rule of law needs to be restored. The fact check mechanisms like AltNews need to be activated much more. And lastly one must applaud the steps taken by the Government of Maharashtra to ensure that justice is done and Hate spreading is  checked right in its tracks.