Pulwama attack fall out: Can there be peace in the region? 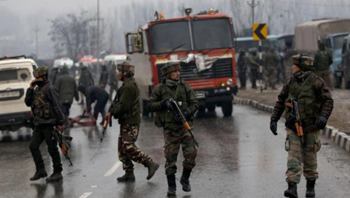 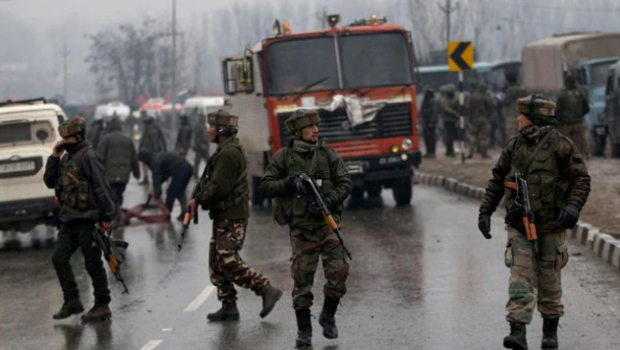 There are reports that Indian Air force MIGS launched an attack on terrorist camps in Pakistan and dropped bombs demolishing the terror hubs and killing many (26th February 2019). This has been the fallout of the dreaded terrorist attack in Pulwama in which 44 CRPF jawans were killed when a car carrying explosives, probably RDX, drove into the convoy of trucks carrying 2400 CRPF jawans. Prime Minster Modi, in the aftermath of this dastardly act of terror stated that army has been given a go ahead to take suitable action. BJP President Amit Shah and many of the BJP leaders asserted that since this is Modi Government, not Congress, a proper action will be taken. In the atmosphere which has been created it seems to suggest as if now with Modi coming to power that national security is being well taken care of unlike the earlier weak Congress Governments.

What are the facts? The terror attack itself led to lot of questions related to Modi’s being effective in protecting our borders. How come a car loaded with huge quantity of RDX sneaked into the high security Srinagar-Jammu highway to begin with? Who has been responsible for this security lapse? One recalls that in the aftermath of 26/11 2008, when Mumbai was attacked by ten well armed terrorist who came in a dingy and landed on Mumbai shore, the then Central Home minister Shivraj Patil and the Maharashtra Home minister R R Patil both had to resign.  The beginning of rectifying mistakes starts with tightening the lapses. Nobody is being taken to task for this massive security lapse. The state of security was further revealed when we came to know that that Mr. Modi was unaware of this attack for good period of time as he was busy shooting for a video film in Jim Corbett resort.

What was most disturbing in the aftermath of this terror attack was the fact that Kashmiri students and traders were targeted in different places like Dehradun, Ludhiana and Aurangabad. Most of the attackers were associated with Hindu right wing groups. While many Sikh groups came to their rescue it was the Supreme Court, which gave verdict that Kashmiris should be given protection. It is much later that Mr. Modi stated that Kashmiri should not be attacked, but by that time lot of damage was already done. As in the earlier cases of attacks on dalits in Una or targeting of Muslims in Cow related lynching Modi opened his mouth to oppose these either formally or late enough to let the damage take place.

Some of our TV studios, news channels, which already spread ultra nationalism and hate; intensified their ‘hate minorities’, anti Kashmiri rhetoric. The type of targeting of Kashmiri students and Kashmiri traders has been there mainly due to the atmosphere created by section of media, news channels and the vigilante groups. The statement of Meghalaya Governor Tathgat Roy, to boycott Kashmiris is totally against the spirit of our Constitution and he must be prevailed upon to take back this call. The most surprising part of this incident has been the attack in the Bangalore franchise of Karachi Bakery. Incidentally the foundation of this chain was laid by Khnachand Ramnanai, who migrated to India, Hyderabad at the time of partition. While this Government is strong on rhetoric and has the wont of showing bravado, its record in dealing with terrorism and security has been abysmal.

The available data from the official sources tell us the the number of incidents of terror related attacks, those joining militancy and the number of security personnel killed during NDA regime has been much higher than at the time of UPA regime. The data from IndiaSpend analysis (a non-profit data portal) based on government data shows that over 800 terror incidents have been reported in J&K over the three years ending 2017, increasing from 208 in 2015 to 342 in 2017. As many as 744 people have died in these three years: 471 terrorists, 201 security forces and 72 civilians. The main reason for this rise has been the insensitive policies of the Modi Government in which dialogue has been replaced by the pellet guns. In response to the Pulwama attack, government has dispatched more troops to the area, the security cover of separatist leaders has been withdrawn and youth have been warned of dire consequences if they take up guns. One recalls that even Adil Ahmad Dar, one who drove the car which rammed into CRPF truck, had taken to this path of terror was the one who was thrashed by military an year ago, after which he took to this path which landed him in the lap of JaishE Mohammad.

One only hopes that the present action by Indian armed forces does not escalate further. The national sentiments have been roused, trade with Pakistan has been curtailed by withdrawing the most favored nation’ status to Pakistan. As such we need to introspect, can this region afford violence over and over again? The underlying factors leading to India-Pakistan-Kashmir discord need to be tackled through a process of dialogue. The hope and prayer is that this limited strike, also being called as ‘surgical strike two’ remains just that and not no more. Imran Khan in the face of aggressive postures has offered to take action if proper evidence is given to Pakistan. He has also shown his willingness for talks. Meanwhile United Nations General Secretary has offered to mediate in the process to bring peace and amity in the region. These are the olive branches we need to grab to see that decade long problem is sorted out. India as a country direly needs to bring the issues related to development, corruption, jobs and agrarian crisis back on the table. It is resolution of these issues which will bring in peace and prosperity in the region, away from the smell of gunpowder on the soil and hate for minorities in the air.

Pulwama attack fall out: Can there be peace in the region?