Stree: Heralding a new phase of feminism in Bollywood 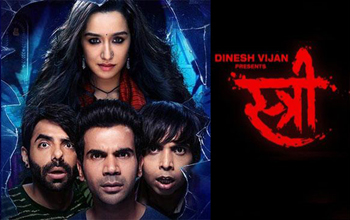 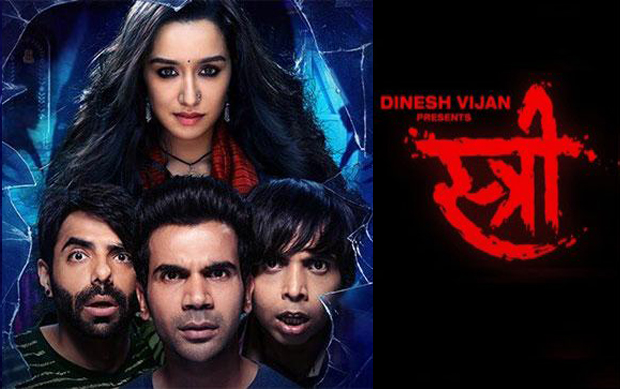 In the country where superstitions are deep rooted, in times when champions of anti-superstition bill are being killed, to make a film like Stree is undoubtedly an act of bravery. In Bombay cinema the genre of horror films has always played to the stereotype using the superstitions to its benefit and has strengthened those superstitions. Stree breaks away from this tradition and subverts not just this genre but also more.

The last few years, specifically after the 2012 Delhi gang-rape incident and the following protests across nations, Bombay cinema has played to the newly awakened feminist thought line among the masses. If one were to look at it just as a response of popular culture without diving deep into discussions about feminism and the feminism of popular culture, one can say that these series of films including titles like Gulaab Gang, Pink, NH 10, Queen, Highway etc, have tried to make a point in their own ways and attempted to puncture the prevailing patriarchal ideas and beliefs. But more or less all these films have been quite two dimensional and more or less sloganeering, even if we have to assess these films as cinema of popular culture. Stree does what all these films attempted to do, in a much engaging and convincing manner without reducing the thought into slogans or sermons!

Very few imaginative writers and directors are able to make a larger point through a genre like that of horror films, Under the Shadow written and directed by the Iranian filmmaker Babak Anvari being one of those exceptional cases. For a nation where stories of ghosts and spirit existing is more or less equal to the head count of living human beings in the country and where there has been a tradition of horror films across A and B grade films, it has not been much possible to do turn the superstitions on their head and through them make a comment on the real! Stree becomes an important film for these reasons!

Stree written by Raj Nidimoru and Krishna DK and directed by Amar Kaushik is refreshingly original which at the very beginning of the film declares it is based on ‘a ridiculous phenomenon’. Making its position clear thus, the film goes on to weave horror, humour, satire in right elements and present a film which is hilarious, scary and also political.

Set in the small town Chanderi, the film Stree revolves around the myth of a ghost, known just by the name Stree, who every year visits the town only at the time of festival and picks men up leaving behind only their clothes. To save the men in their house each house write on their walls, “Aye Stree, Kal Aana,” to mean, “Oh Stree, come tomorrow.” Writing this, it is believed, will keep the ghost away. If this is to save the men at home, there is no way one can save the men on streets during those four nights during the festival. The easiest way found out by the men of the town is to not step out of their house after sunset. By chance if they have to step out, it is believed they should not meet eyes with Stree who is believed to call men from behind thrice before abducting them.

Vicky (played by Rajkumar Rao) is a tailor in Chanderi popular for his ways of taking measurement without using a measuring tape but through his gaze alone. His friends are Bittu, who owns a readymade clothing shop and Jaana. The friendship of these three and their acquaintances with the town scholar Rurdra (played by Pankaj Tripathi) keeps underlining the quintessential quality of a small town, its worldview and its lifestyle. One day Vicky meets a girl (played by Shraddha Kapoor) who wants to get a dress stitched before the last day of the festival and a fond relationship flowers between the two. Her refusal to reveal her identity, her phone number and her strange demands for the tail of a lizard, hair of a cat etc. in her first letter to Vicky, which he and his friends understand as a love letter, makes his friends come to the conclusion that this mysterious friend of Vicky in real is Stree and is after his life. What adds strength to this conclusion of theirs is the fact that this unnamed girl doesn’t enter the temple or take the prashaad offered by the temple and more importantly nobody except Vicky has seen or met this girl.

When his two friends arrive at this conclusion Vicky has gone to meet the girl in an abandoned place. The friends go in search of Vicky to save him and fail to find him. The two scared of being spotted by Stree return and in the last leg of their way back take different routes to go to their respective places. That is when Stree makes Jaana her catch, leaving behind only his clothes.

The disappearance of Jaana makes Vicky and Bittu go in search of Stree and bring back their missing friend. For this journey they take the help of the town scholar Rudra and after making a surprising discovery the three along with a fourth comrade not just fight the ghost but also discover the past of the ghost which becomes a mirror of the societal values and hypocrisy.

This entire journey is thoroughly funny and scary. Short but powerful dialogues which are in tune with the story line also echo a larger political commentary. While dialogues like, “Andh bhakti buri cheez hai, kisi ko bhakt nahi hona chaahiye,” is a comment on the political worshipping; dialogues like “Stree ijaazat kay bagair haath nahi lagaati,” underline the issue of consent in a way which is non-argumentative. The past of the ghost and the past of the protagonist Vicky and how the fighting four respond to these are remarks made on the existing social values and through their response the film subverts them. These elements which form the heart of the narrative a political film wrapped in a horror genre. But the politics of Stree doesn’t beat its drum hard yet doesn’t fail to make its point.

While saying all of this it must be said that the film which otherwise speaks about women’s issue with such conviction could have avoided the item number where the camera drools over the body of the dancer and reduces the women to a body. Also and more importantly demonizing one of its central characters in the end also could have been avoided. These wouldn’t have taken away anything from the film even by an inch and avoiding them would have made the film even the more lovable.

This calendar year after Raazi we have one more creative and brilliant political film which dares to look into the eyes of the times we live in and show our times a mirror.

[Samvartha ‘Sahil’ is a freelance writer based out of Manipal, Karnataka. An alumnus of Jawaharlal Nehru University, Delhi and the Film and Television Institute of India, Pune, he has earlier worked as an academician at Manipal University and as a journalist with The Hindu.]

Stree: Heralding a new phase of feminism in Bollywood