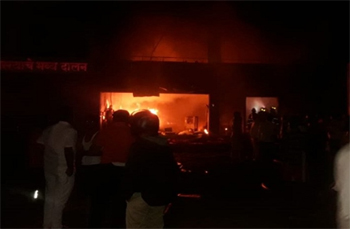 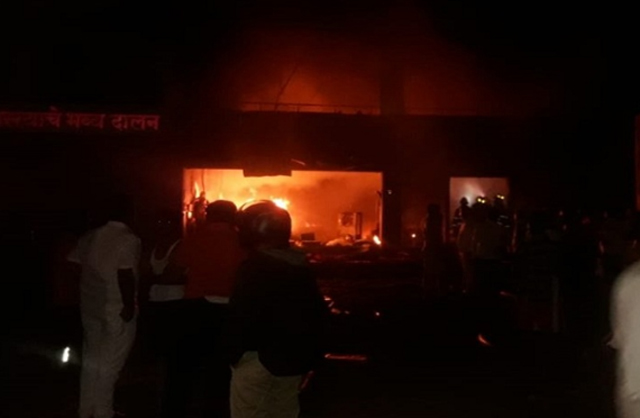 Pune, May 9: At least five people were killed on Thursday in a major fire that engulfed a well-known saree shop here, police said.

According to an official of Pune Police (Rural), the fire was reported at around 5 a.m., when the workers were asleep in a room above the shop located in the Devachi Urli area on the outskirts of the city.

The blaze quickly spread from the shop to the room above and the workers were suffocated to death.

The police said they are trying to verify whether there were more workers sleeping there amid fears the toll could go up.

At least five fire tenders were deployed to battle the blaze, the cause of which remains unknown.