Coimbatore, Dec 1: A Class XI student who was celebrating her 17th birthday along with her boyfriend at a park at Ishwarya Nagar was gang-raped by six people on November 26. The gang members also videographed the act. The city police arrested four of the accused on Friday within hours of her mother lodging a complaint. A special team has been formed to nab the other two accused. 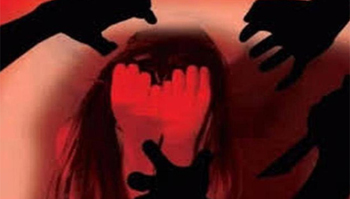 According to police, the girl’s boyfriend had taken her to the park around 8 pm on the day. “While they were about to return around 9 pm, the two were waylaid by the six-member gang. They assaulted the girl’s boyfriend, dragged him to an isolated place near the park, stripped and videographed him. They then gang raped the girl in front of him and videographed that too,” an investigation officer said.

Later, the gang members let them off. Police said the minor girl spent the night at the boy’s house. She returned home the next evening and told her mother about the incident. Subsequently, the girl, along with her mother, lodged a complaint with the RS Puram all-woman police on Friday following which a case was registered against the six under sections 5(u), 6, 9(g), 10, 13, 14 and 17 of the Pocso Act and sections 354 and 506 (ii) of the IPC.

Two on the run are main accused

Police inspector Prabhadevi and team subsequently arrested T Rahul, 21, R Prakash, 22, S Karthikeyan, 28 and S Narayanamurthy, 30, all residents of Seeranaickenpalayam, on Friday. They were produced before the district mahila court and remanded in judicial custody in the Coimbatore central prison. Police said they were trying to trace the whereabouts of the remaining two accused who, as per the complaint, were the main accused in the case.