Muzzafarnagar, Nov 24: A 24-year-old college student was allegedly abducted and raped in a moving car by a 26-year-old man with the act also being filmed by his friends in Uttar Pradesh's Muzaffarnagar district, police said on Sunday. 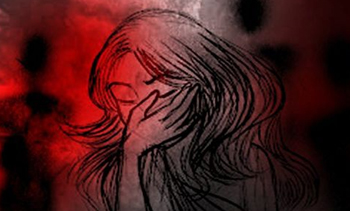 New Mandi station house officer Sanjiv Kumar said the victim, who is a BSc student, was heading to college from her house on Saturday morning when she was waylaid on Bhopa Road by a car with Subodh and two of his friends in it.

According to the complaint lodged by the girl's uncle, she was abducted in the car by the accused and force-fed intoxicant at gunpoint.

Subodh raped her in the moving car while the act was filmed by his friends, the complaint stated.

A few hours later, the victim was dropped outside her college and threatened of dire consequences if she reported about the incident, it stated.

SHO Kumar said police registered a case against the absconding Subodh and his two friends, whose identities are yet to be ascertained.

The SHO added that the victim along with her family had left their village and shifted to a place in Muzaffarnagar town due to constant harassment from Subodh.

Kumar added that the victim has been sent for medical examination.

In another incident in the district, a 22-year-old woman was allegedly harassed by two youth while working in an agricultural field near Narottampur Majra village under Titawi police station area on Saturday.

According to Titawi station house officer Gurucharan Singh, police registered a case against the two accused - Akash and Asif, who have been arrested.

The girl's uncle lodged a complaint in which he alleged that the duo tried to drag her to a nearby sugarcane field but she raised an alarm.

As the girl's family members tried to stop the duo, the accused opened fire at them and escaped from the place, the complaint stated.