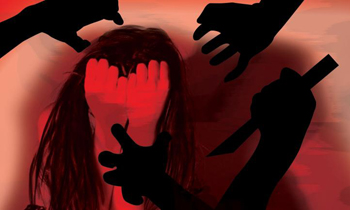 Badaun, Jun 18: A 24-year old rape victim in Badaun hanged herself to death a couple of hours after FIR was registered against the alleged rapists.

Her body was found hanging at her Badaun residence on Sunday. Police have claimed to have recovered a suicide note.

The victim was allegedly gang raped by her distant relatives. She had visited the local police station on June 15 but the SHO didn’t register an FIR despite her requests. The FIR was registered on the directions of Bareilly zone ADG Avinash Chandra.

The victim got married a few years ago and was staying with her parents. Her husband works as a daily wage labourer in New Delhi.

The victim had mentioned her misery in her suicide and urged the police to punish those guilty.

The Indian Express has reported that the FIR was registered against three individuals—all distant relatives of the victim—on charges of rape just two hours before the body was found.

The SSP said as per the FIR, on May 15 the woman met three of her relatives who claimed that her husband was unwell and they were going to Delhi to visit him. She accompanied them.

“The victim had alleged that the accused took her to Secunderabad city in Telangana and kept her in a room where they raped her. Around a week later, when the accused were taking her to Delhi, she called her parents using a co-passenger’s cellphone and told them about her ordeal. The victim had said her father, along with some others, reached Delhi railway station, he added.  “She claimed that upon spotting the group at the station, the accused fled,” The Indian Express quoted the SSP.

The victim met the ADG Avinash Chandra who directed the circle officer to register the FIR, said the SSP.