27-yr-old man killed in Bengaluru at his residence 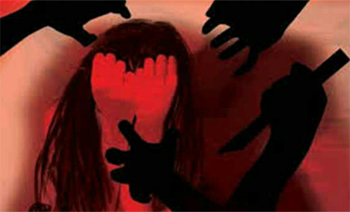 May 11: Two youths allegedly gang-raped a teen and then hacked to death her 11-year old brother, who had seen their act, in a bid to hide their crime, at a village in Uttar Pradesh's Etah district, about 300 kilometres from here.

Police sources said that two youths, resident of the same village, barged into the house of the teen, when she was alone, and allegedly gang-raped her.

The victim's minor brother suddenly came into the house and protested after he witnessed his sister being sexually assaulted, sources said. The youths allegedly strangled the minor with a towel.

The alleged culprits, who hailed from influential families, 'forced' the victim's parents to bury their son and warned them against approaching the cops.

The parents, however, gathered courage and met senior police officials in Etah on Sunday after a case was registered in this regard. Police said that the body of the minor would be exhumed and a postmortem examination would be conducted.