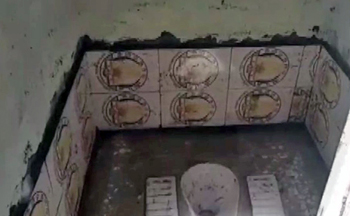 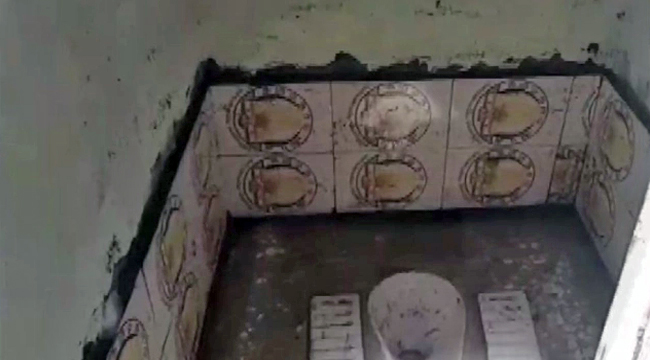 Lucknow, Jun 6: A rural development officer has been suspended and a notice served to the head of Ichhwari village in Uttar Pradesh after toilets built under the Swachh Bharat campaign were found plastered with wall tiles bearing Mahatma Gandhi's images.

The villagers protested after a video of the toilets was leaked on various social media platforms on Wednesday.

According to the villagers, these tiles were used on the orders of the village head.

"When we complained against it, we were told not to interfere as it was a decision of the higher authorities. It was only when the video clip was put up on the social media that action was taken," said a resident.

After preliminary investigation, Rural Development Officer Santosh Kumar was suspended and a notice was served to village head Savitri Devi.

District officials found 13 toilets built in the village had tiles with Gandhi's image and Ashok Chakra on the walls.

Informed sources said that 508 toilets were built under Swachh Bharat campaign in this village.

Meanwhile, the district administration has seized all accounts operated by the village chief and the concerned officials have been asked to take action against the officers involved.

No need to get surprised on this.  This is well expected.  This type of issues will come forward if we select uneduated, criminal minded, hate mongers, looters, gundas, uncultured, uncivilised people to form Govt.   Wait and see for more issues.