Man beaten to death for cutting flesh of dead bull 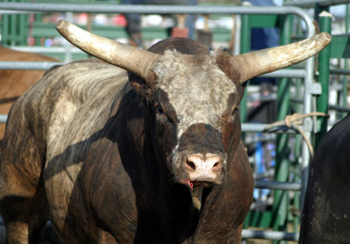 Gumla, Apr 12: One person was killed and three others were injured Thursday after villagers in Jharkhand's Gumla district beat them up, alleging that they were cutting flesh of a dead bull, police said. 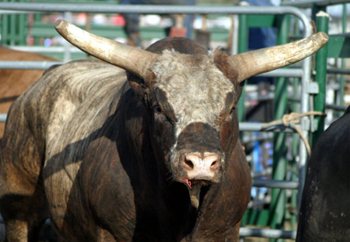 The deceased has been identified as Prakash Lakra, Superintendent of Police, Gumla, Anjani Kumar Jha said. Police said a special investigation team has been set up to look into the incident.

Deputy Inspector General of Police A V Homkar said a group of people in Jurmi village spotted four persons cutting flesh of a dead bull and started beating them up. One of them died, he said.

Homkar said some people have been detained for interrogation. The injured persons have been admitted to the Sadar Hospital here.

Man beaten to death for cutting flesh of dead bull