UP: Man beaten to death over ₹180 food bill 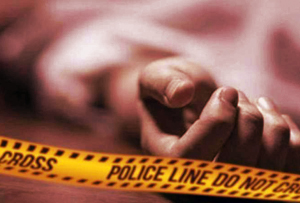 Lucknow, Sept 5: A 25-year-old man was beaten to death by a hotel owner and its waiters following a dispute over a bill of ₹180 in Uttar Pradesh's Bhadohi district, police said on Thursday.

Suraj Singh and Vishal Dubey were beaten up with sticks and rods on Wednesday after they got into an argument with Gurmail Singh over their dinner bill, Superintendent of Police (SP) Ram Badan Singh said.

Though Dubey managed to flee, Suraj Singh was caught and thrashed. He succumbed to injuries, he said.

The incident took place at Sardar Dhabha near Mahrajganj and the dispute was over a bill of ₹180, the SP said.

The hotel's owner, Gurmail Singh, and his son Surendra Singh have been arrested, while two waiters of the hotel are at large, police said. PTI CORR ABN

The incident took place on Wednesday night at a hotel near Maharganj.

Suraj Singh and Vishal Dubey had food at 'Sardar Dhabha' and had dispute over payment of Rs 180 with the owner Gurmail Singh and his son Surendra Singh, Superintendent of Police Ram Badan SIngh said.

Dispute of ₹180 at a dhaba near Mahrajganj in Aurai area led to murder of a customer by the owner, police said on Thursday.

After heated debate, Gurmail and his son started beating both with the help of waiters.

While Dubey managed to flee, they beat Suraj badly with rods and sticks killing him.

An FIR has been registered in the matter against four, the SP said adding that while Gurmail has been arrested while his son and two waiters are absconding, they said.

UP: Man beaten to death over ₹180 food bill