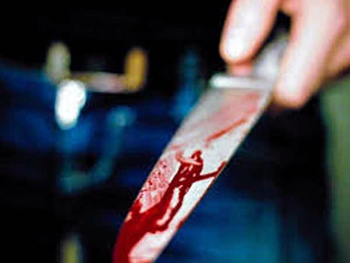 New Delhi, Oct 11: After getting rebuked for flying kites, a 19-year-old man allegedly killed his parents and sister in southwest Delhi Wednesday, police said, adding that he was arrested.

Suraj alias Sarnam Verma allegedly killed his father Mithilesh, mother Siya and sister in the early hours and then ransacked the house to make it look like robbery, they said.

According to police, the accused had decided on August 15 this year that he would "teach his family a lesson".

Suraj said the accused had come with an intention to commit robbery but no valuables were found missing, Devender Arya, Deputy Commissioner of Police (Southwest) said.

He said they found it suspicious that the robbers spared Suraj.

The team from the Forensic Science Laboratory found that Suraj had washed his footprints from the bathroom and also the knife used to kill the family, he added.

Suraj was holding a grudge against them since his parents raised an objection about his lifestyle and his disinterest in studies.

He had flunked his Class 12 exams and was scolded by them.

"He felt he failed his Boards since his father had asked him to supervise the construction of their house. He was upset about being blamed," said another officer privy to the probe.

Police said his father had got him admission to a private institute in Gurgaon for a diploma in civil engineering so that he could become a contractor like him.

On August 15, he was scolded by his family for wasting time on kite-flying and then he decided he would do something.

He was upset with his sister since he felt his parents preferred her over him and she used to "leak details about his personal life" to their parents.

On Tuesday, he had gone with his friends to Mehrauli and while returning, bought a knife and a pair of scissors to execute the killings.

He behaved normally and even saw photo albums with his parents till midnight. He woke up at 3 am and stabbed his father multiple times. Awakened by the commotion, his mother who was sleeping in the same room raised an alarm but he stabbed her once, police said.

He then went to his sister's room and stabbed her in the neck. His mother came there and tried to save her daughter but he stabbed her and even stabbed his sister in the stomach, they added.

He then ransacked the house and washed off his fingerprints from the knife and then alerted neighbours.

Police said a few years back, he had staged a fake kidnapping and fled the house but developed cold feet after he thought how he would sustain without money, police said.