Eight youths arrested for kidnapping Medical students, forcing them to engage in sexual acts and blackmailing 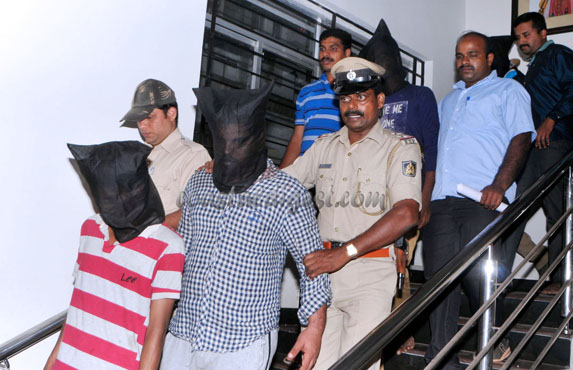 These are the names eight accused who were arrested by Mangalore police on Saturday in connection with a case of kidnapping and blackmailing of two medical students near Konaje, on the outskirts of the city last Thursday. Police also have recovered two swords, knives and mobile phones with obscene pictures from the accused.

According to a complaint filed by the two victims - a Muslim boy and a Hindu girl, studying in a private medical college at Deralakatte – they were not only kidnapped and blackmailed by the accused on Thursday night. The complaint says that a gang of men surrounded the duo when they were engaged in a conversation after parking their car near a restaurant at Deralakatte. The gang took the couple to an isolated place, where they were forced to engage in sexual acts.

The boy and the girl, belonging to different communities, where college mates pursuing studies in a private medical college at Deralakatte in the outskirts of Mangalore. According to the complaint filed by the victims, they had been to dinner on Thursday night and were engaged in conversation after parking their car near a bar and restaurant at Deralakatte. Meanwhile, they were surrounded by a gang of men, who not only abused the couple, but also forcefully took them to an isolated area where they were forced to engage in sexual act. The accused clicked obscene pictures of the two and demanded huge amount of money from them.

When the students said they did not have that much money on them, the kidnappers took their mobile phones and sent them to fetch the money, failing which they threatened of uploading the obscene pictures and video in internet and to inform the family and college principal. The students immediately approached police, who directed them to arrange a meeting with the kidnappers at a spot near Deralakatte under the pretext of paying them off. But none of the accused turned up to take the money.

Based on the information provided by the duo, the police managed to nab eight persons on Saturday.

Briefing media persons about the case, Mangalore City Police Commissioner R Hithendra said that three among the eight accused are rowdysheeters and the main accused is facing 12 other cases including dacoity and murder.

“We succeeded in arresting them on Saturday, even though they had managed to escape after Thursday's crime. We are thoroughly investigating the case,” he said.

The accused have been remanded to police custody by the magistrate. 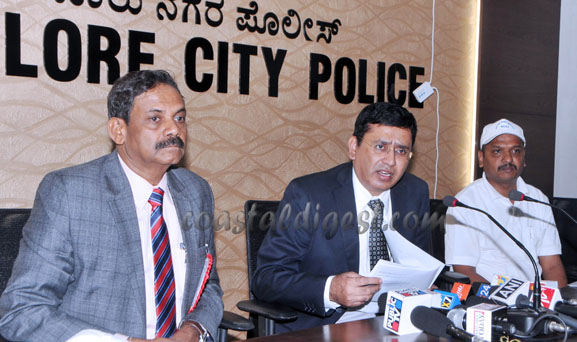 Mangaluru Aug 12: A civic worker lost his life and another suffered critical injuries when an unidentified vehicle hit them on National Highway 66 at Jeppinamogaru today morning.

The tragedy took place at around 8 a.m. when the civic workers were cutting grass on the side of the national highway.

It is learnt that a reckless vehicle which was moving from Thokkottu to Manglauru hit the men and sped off without stopping. Police suspect that a pick up vehicle is involved in the hit-and-run incident.

A case has been registered at Nagori traffic police station. Investigations are on.

Bengaluru, Aug 13: A 10-year-old schoolboy lost his life after being run over by an Army truck while he was riding a pillion with his father near KR Puram in Bengaluru district on Thursday night.

The deceased has been identified as Jeevan S, a resident of KR Puram police quarters. The boy’s father is a head constable with the Begur police station.

According to the complaint filed by the boy’s father Santosh, he was riding with his son around 8.45 pm. Due to bad roads, he took a sharp turn as he was trying to avoid a pothole when an Army truck suddenly hit his bike from behind.

Both, he and Jeevan fell onto the road, and the truck ran over his son’s head killing him on the spot.

An injured Santosh was rushed to the hospital. The truck driver abandoned the vehicle but later surrendered before the police. The police seized both vehicles and booked a case against the truck driver.