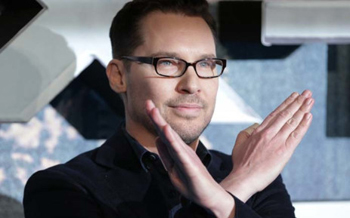 Cesar Sanchez-Guzman said in a lawsuit filed in December 2017 that Singer sexually assaulted him during a 2003 Seattle yacht party, when Sanchez-Guzman was 17.

According to the Wrap, Sanchez-Guzman had filed for bankruptcy in 2014, and the case was discharged. The bankruptcy trustee reopened the case in 2018, on the grounds that Sanchez-Guzman's claim against Singer had not been listed among his assets, and that any proceeds should be available to his creditors.

In the filing, the bankruptcy trustee recommended that the court approve a USD 150,000 settlement with Singer.

In a statement, Singer's attorney Andrew Brettler said that the director maintains his innocence.

"Mr Singer has denied even knowing this individual, let alone allegedly having interacted with him more than 15 years ago," Brettle said.

"The decision to resolve the matter with the bankruptcy trustee was purely a business one, as litigation costs would well exceed the amount requested by the trustee to pay off the creditors who were owed money when the debtor filed for bankruptcy," he added.

In January, The Atlantic published a story detailing four accounts from men accusing Singer of sexual misconduct, beginning in 2014.

Soon after the allegations Millennium Films put on hold its comic book adaptation, "Red Sonja" which Singer had been scheduled to direct.

Prior to this, the director was also fired from last year's hit "Bohemian Rhapsody", due to his repeated failures to show up on the set.