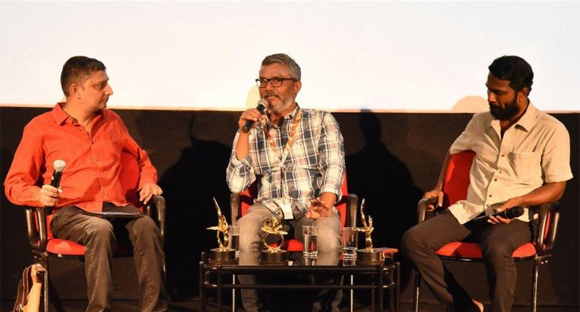 Panaji, Nov 22: As a storyteller, Nitesh Tiwari says his aim is to entertain the audiences and in that process he never succumbs to the pressure of being socially or politically correct.

The filmmaker, who has blockbusters like "Dangal" and "Chhichore" to his credit, believes the purpose of cinema is to give people an immersive experience and he never tries too hard to include a social message in the story.

"My primary approach is that people come to watch films for purely entertainment. Nobody comes to the cinema to get preached. Every time I make a film, it is not so much about that it should have a message. That comes subconsciously. It is in me."

"I write a film purely for entertaining people. Within that if I can put in something which is meaningful then why not," Nitesh told PTI in an interview on the sidelines of the ongoing International Film Festival of India (IFFI) here.

The director said he always likes to go against the tide and in times when cinema is expected to talk about the current situation in the country, he would prefer to focus on genres which come as a relief for the people from their real-life conflicts.

"Pressure is on each one to take the way they want. It is an individual challenge. I don't take any pressure of being socially or politically relevant or correct. I prefer to go the other way round.

"I will like to make a comedy, a horror or a thriller which is very different in terms of the kind of films that are made today or the kind of films we are expected to make. I don't put something intentionally in my story to make it socially relevant. As a filmmaker, that is what I find exciting," he added.

Nitesh is currently working on a three-part live-action "Ramayana", and the filmmaker said his film won't get affected by the current political scenario in the country as he would stay true the real essence of the epic.

"Making 'Ramayana', I don't think has anything to do with the kind of times which we are so-called 'portraying' in our country today. 'Ramayana' has been part of our culture and lives for so long. And one just needs to be sensitive towards the way it is perceived and revered.

"Of course it is important to make sure that from every possible angle none of those feelings attached with it get hurt. One should not come with an idea to revolutionise it, but stay true to the real essence."

The director-writer has almost finished the final draft of the script, but has still not given a thought to the casting of the film.

"In a movie, what happens is once you are done with your screenplay, the characters start popping in front of your eyes.

"'Ramayana' has been there with us for a long, and till I don't see that world or the treatment, costumes or palaces, no actor would come to my mind. We have seen so many interpretations of Lord Ram in different forms. The challenge is how you make them disappear into oblivion and think of somebody afresh," he said.

"Ramayana" is produced by Madhu Mantena and Ravi Udyawar is creating the visual of the film, that will be made in Hindi, Tamil and Telugu, and shot in 3D.

Nitesh, however, is also open to other projects while working on the trilogy.

"I'm open to other films in between 'Ramayana' because I don’t know how much time this project will take. I will take it as it comes, but for now, I'm only focused on 'Ramayana'."

The 50th edition of IFFI concludes on November 28.