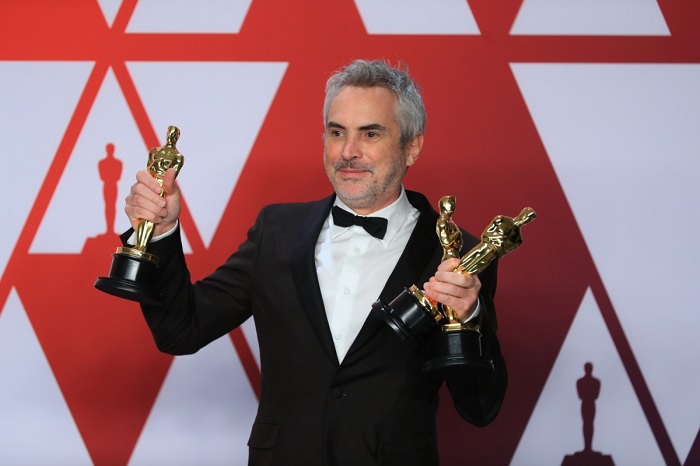 Mumbai, Aug 2: Oscar-winning director Alfonso Cuaron has come aboard as an executive producer on filmmaker Chaitanya Tamhane's movie The Disciple. The Marathi feature is set to represent India at the 77th edition of the Venice Film Festival. It will be screened in the Competition section of the prestigious film gala.

The movie, which is Tamhane's follow-up to his National Award-winning feature Court, has also been selected for 2020 Toronto International Film Festival's official line-up.

"I met Chaitanya through a mentorship program where I had the opportunity to watch his very superb debut film, Court  I was immediately impressed by his sense of cinema and fearless confidence to tell stories.

"He was part of most of Roma's process and I jumped to the opportunity to be part of the process of his second film The Disciple. I believe Chaitanya is one of the most important new voices of contemporary cinema," Cuaron said in a statement.

Tamhane said he is honoured to have Cuaron aboard the film.

"It’s a bit surreal and an incredible honour for me to have one of the most recognised and acclaimed filmmakers in the world be part of 'The Disciple'. In some ways, this validation from Alfonso Cuaron is even more," he added.

The Disciple marks Tamhane’s return to Venice after he won the Best Film - Orizzonti and Lion of the Future award for Court in 2014.

Court, a poignant commentary on India's judicial system, also won the National Film Award for Best Feature Film in 2015 and was India's official entry for the Best Foreign Film at the 2016 Oscars. 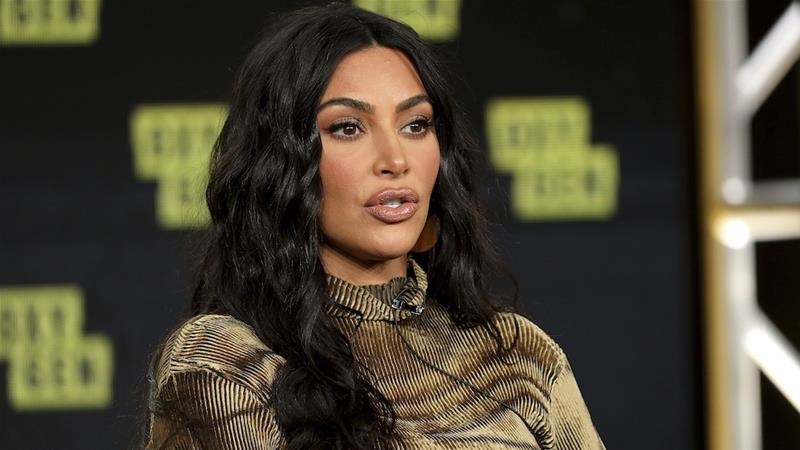 Washington, Sept 17: Reality TV star Kim Kardashian West, who has one of the biggest Instagram followings in the world -- 188.8 million decided to freeze her social media accounts to protest against the spread of "hate, propaganda and misinformation".

Leonardo DiCaprio, Jennifer Lawrence, Orlando Bloom, Kerry Washington and Sacha Baron Cohen are among those who took part in the protest, which was slated to take place on Wednesday.

The celebrities froze their accounts for 24 hours on Wednesday.

Kardashian West took to micro-blogging site Twitter and wrote: "I love that I can connect directly with you through Instagram and Facebook, but I can't sit by and stay silent while these platforms continue to allow the spreading of hate, propaganda and misinformation - created by groups to sow division and split America apart- only to take steps after people are killed."

"Misinformation shared on social media has a serious impact on our elections and undermines our democracy. Please join me tomorrow when I will be "freezing" my Instagram and FB account to tell Facebook to #StopHateForProfit," she wrote.

Supporting the #StopHateForProfit campaign, Hollywood actor Jennifer Lawrence, also wrote from her Twitter account:"Facebook ignores hate & disinformation on their site. This is not an "operational mistake." It is a deliberate decision to put profits over people and democracy."

Actor Ashton Kutcher, who has millions of followers also joined the boycott, said "these tools were not built to spread hate (and) violence".

According to the media reports, millions of dollars were wiped off Facebook's stock within minutes after Kim Kardashian West temporarily renounced her popular Instagram account.

The organisers of the #StopHateforProfit campaign, which was launched in June, accuse Facebook and Instagram of not doing enough to stop hate speech and disinformation. 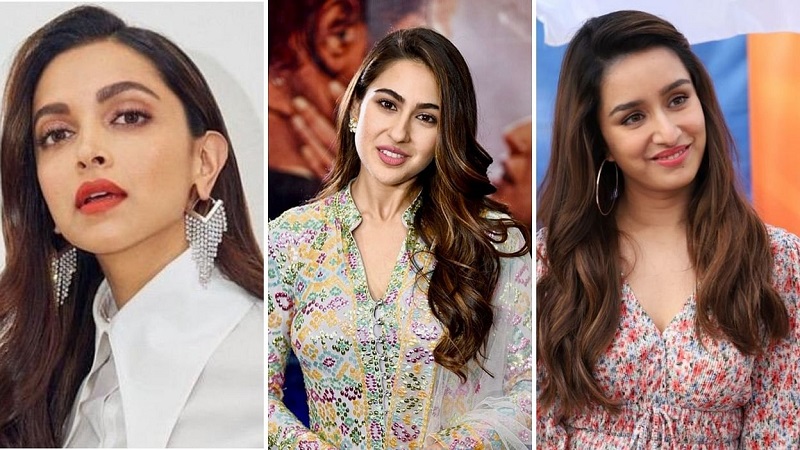 Mumbai, Sept 23: Actors Deepika Padukone, Sara Ali Khan, Shraddha Kapoor and Rakul Preet Singh have been summoned by the Narcotics Control Bureau in a stunning twist to the drugs probe linked to the Sushant Singh Rajput investigation. They have been asked to appear in the next three days.

Deepika Padukone has been summoned on Friday and the rest will be questioned tomorrow, according to officers.

These are the most high-profile names to come up in a widening probe into the link between drugs and the film industry, which emerged during the investigations into the death of Sushant Singh Rajput on June 14.

Deepika Padukone's manager Karishma Prakash had been questioned yesterday in a case that the Narcotics Control Bureau had filed on the basis of WhatsApp messages retrieved from Rhea Chakraborty's mobile phone, which revealed conversations on procuring drugs.

According to news agency PTI, investigators have found WhatsApp messages on Karishma Prakash's phone, which reveal a conversation between one "D" and "K" on arranging drugs.

Rhea Chakraborty, a 28-year-old actor, was arrested in a separate case registered after 59 grams of marijuana was seized during searches in Mumbai. She has been accused by the anti-drugs agency of arranging drugs for Bollywood star Sushant Singh Rajput, her boyfriend.

She and her brother Showik Chakraborty were sent to jail till October 6. Two employees of Sushant Singh Rajput and alleged drug dealers linked to the film fraternity are also among those arrested.

The names of Sara Ali Khan and Shraddha Kapoor, both co-stars of Sushant Singh Rajput, reportedly came up during the questioning of Rhea Chakraborty. 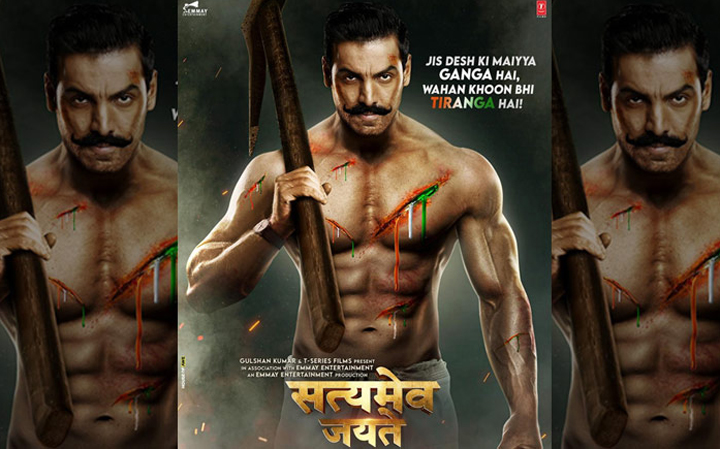 Mumbai, Sept 21: Makers of John Abraham-starrer Satyameva Jayate 2 on Monday announced that the action-drama will release theatrically on May 12, 2021.

Produced by Bhushan Kumar's T-Series and Emmay Entertainment, the Milap Zaveri-directed film is a sequel to the 2018 hit. It also stars Divya Khosla Kumar.

Zaveri said Eid is the perfect occasion to release the film as Satyameva Jayate 2 is a celebration of "action, music, dialoguebaazi, patriotism and heroism."

"With Bhushan sir, Monisha Advani, Madhu Bhojwani and Nikkhil Advani backing me once again, I can promise next year on May 12 we will do our best to deliver a festive bonanza for all audiences," the director said in a statement.

The film is a departure from its original Mumbai setting and will see Abraham fighting corruption in Lucknow.

Zaveri said the decision to change shooting location to Lucknow gave the team a chance to make it "more massy" with a larger canvas.

"Visually also Lucknow adds to the scale and grandeur. The action of this film is gonna be ten times more dynamic, heroic and powerful," he added.

Filmmaker-producer Nikkhil Advani said the success of Satyameva Jayate has encouraged them to make the sequel bigger and better.

"The love shown by fans to the first installment in this franchise has encouraged us to create a bigger, more exciting experience, presenting John Abraham as never seen before. We are hopeful that prevailing circumstances will improve and pave the way for us to reach our audience in theatres once again."

Kumar said with Satyameva Jayate 2, the team is aware of the responsibility to deliver.

“Milap has written a mind-blowing script which is massy, that will have fabulous songs and will connect with the audiences and John will don a never seen before look. We are coming to the theatres on Eid next year which makes it even more festive," Kumar added.