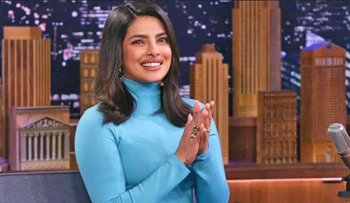 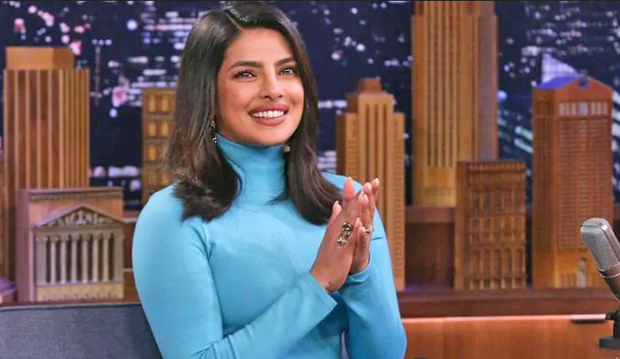 Los Angeles, Jul 1: Actor Priyanka Chopra Jonas has struck a two-year television deal with Amazon. The 37-year-old actor shared the news about her "multimillion-dollar" first look deal with the streamer in a post on Instagram.

"So honoured and excited to finally share this news with you. Looking ahead, we already have so much on our slate! Big thank you to @jsalke and her team at Amazon for being such great partners, and for sharing in the belief that talent and good content knows no boundaries," Priyanka wrote.

The actor, who launched her own production banner Purple Pebble Pictures in 2015, said she aims to create "great content" featuring "creative talent" from all over the world.

"This has always been the DNA of my production house Purple Pebble Pictures, and is the foundation of this exciting new endeavour with Amazon. ⁣⁣

"And as a storyteller, my quest is to constantly push myself to explore new ideas that not only entertain but most importantly, open minds and perspectives," Priyanka said.

She thanked her fans for being a "big part of my journey so far".

"And for those who are just getting to know me, or maybe only recognise me as Alex Parrish from 'Quantico', I'm excited for you to get to know me better," Priyanka concluded.

Priyanka, who started her Hollywood career with ABC series Quantico, has featured in films such as Baywatch and Isn't It Romantic.

Amazon Studios head Jennifer Salke told Variety that she bonded with the actor over their "shared passion for diverse global storytelling".

"Priyanka is drawn to exciting original content and characters that can resonate globally. She’s a powerhouse producer, and we are thrilled to collaborate with her for years to come," she added.

Prior to her deal with Amazon, the actor lined up two projects with the streamer. She will star opposite Game of Thrones actor Richard Madden in upcoming thriller series Citadel, to be produced by Anthony and Joe Russo.

The actor will also feature in Sangeet, an unscripted series co-produced with her husband, Nick Jonas.

Priyanka's another project with Amazon is a film about Ma Anand Sheela, the assistant to guru Bhagwan Rajneesh (also known as Osho). The actor will be producing the movie which is based on Netflix docu-series Wild Wild Country.

Besides her association with Amazon, the actor will next star in two Netflix projects -- superhero movie We Can Be Heroes and The White Tiger,  opposite Rajkummar Rao.

She is currently shooting for Keanu Reeves-starrer The Matrix 4, which recently resumed filming after production was halted by the pandemic.