Not so soon: Marvel Studios on first Trans superhero

'Rapists must be imprisoned for life, not killed' 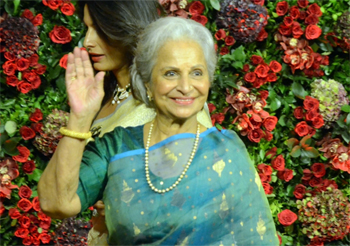 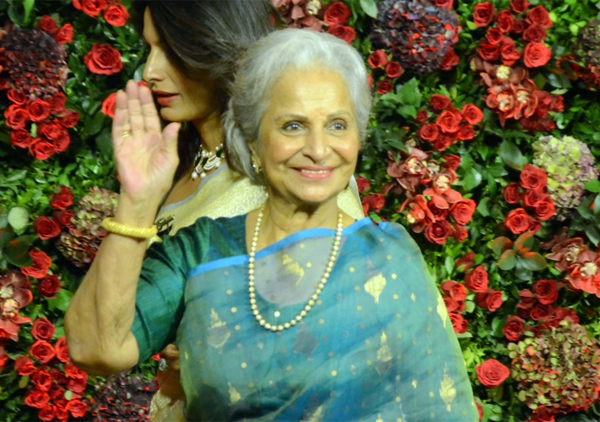 Mumbai, Dec 9: Expressing anguish over the gangrape and murder of a woman veterinary doctor, veteran actor Waheeda Rehman has said rape is a horrific and unforgivable crime, even as she believes the guilty deserve life imprisonment, not death.

All four accused in the rape-and-murder of the 25-year-old woman were killed in an encounter with police in Hyderabad last week.

The Cyberabad Police had said its personnel resorted to "retaliatory" firing after two of the accused, who was taken to the scene of the crime, opened fire at police after snatching their weapons besides attacking the latter with stones and sticks, resulting in injuries to two policemen.

While the police action has largely come in for praise, it has also evoked concerns over extra-judicial executions.

Asked about the same, Rehman told reporters on Sunday night, "Horrific crimes like rapes are unforgivable. But still, I feel, it's not in our hands to kill someone. A rapist must be imprisoned for life. Make them rot for a lifetime.

The 81-year-old actor said no case should be filed against the accused if they are "caught red-handed".

"If you're caught red-handed, why should there be a case? You're wasting public money," she reasoned.

Rehman was speaking at the launch of musician Roopkumar Rathod's first book "Wild Voyage" at the opening preview of photography exhibition Meraki.

Filmmaker Rakeysh Omprakash Mehra, who was also present at the event, said he doesn't view the encounter as "good news."

"It's a time when the entire society, keepers of law and all of us as citizens should hang our heads in shame that we have let this happen.

"In a civilized society, it (the sentence) has to be delivered by the court, and not by execution," Mehra added.

The rape-and-murder had triggered a nationwide outrage with the public and lawmakers demanding speedy punishment to the perpetrators.

The Telangana government has constituted a Special Investigation Team (SIT) to probe the killing of the four accused, who were arrested on November 29 for allegedly raping and killing the woman by smothering her and later burning the body.

'Rapists must be imprisoned for life, not killed'