Shah Rukh Khan has some 'spooky' work for filmmakers

I have the coronavirus antibodies: Pop diva Madonna 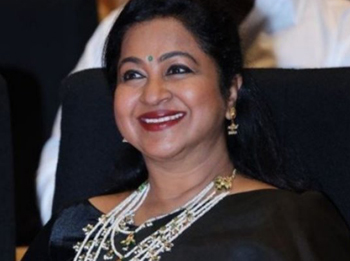 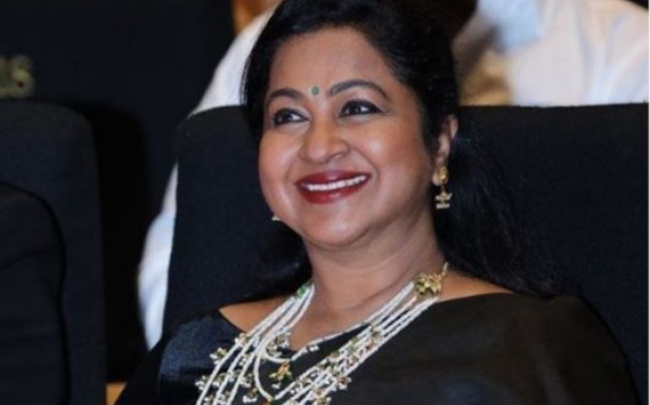 New Delhi, Apr 22: Noted Indian Tamil actress Radikaa Sarathkumar, who is known for films like Suryavamsam, Theri, Abhilasha, Poojai, Maari, had a narrow escape when she left one of the three hotels in the Sri Lankan capital just before it was bombed on Sunday.

Radikaa tweeted that she was staying at the Cinnamon Grand, located near the official residence of the Sri Lankan Prime Minister.

"OMG bomb blasts in SL, God be with all. I just left Cinnamon Grand hotel and it has been bombed. Can't believe this. Shocking," she tweeted.

OMG bomb blasts in Sri Lanka, god be with all. I just left Colombo Cinnamongrand hotel and it has been bombed, can’t believe this shocking.

Meanwhile, calling for swift action from authorities and an appeal for peace, celebrities from around the world such as Jacqueline Fernandez, Mindy Kaling, Shekhar Kapur and Ali Zafar condemned a series of blasts in Sri Lanka that targeted people in churches, luxury hotels and a housing complex on Easter Sunday.

The eight blasts killed nearly 160 people -- including dozens of foreigners -- with British, Dutch and American citizens believed to be among them.

The nature of the blasts was not immediately clear and there were no immediate claims of responsibility.

Bollywood actor and former Miss Universe Sri Lanka, Fernandez said "violence is like a chain reaction" and it is time it stopped.

"Extremely sad at the news of bombings in Sri Lanka. It's unfortunate that one is not able to see that violence is like a chain reaction. This has to stop!" she said.

Extremely sad at the news of bombings in Sri Lanka. It’s unfortunate that one is not able to see that violence is like a chain reaction. This has to stop !

Indian-origin American actor-writer Kaling said it is "sickening" how people celebrating Easter were attacked on "one of the holiest of days".

"This news from Sri Lanka is horrifying. My heart goes out to all victims and their families. So many were people attending church on one of the holiest of days, I am absolutely sickened," she tweeted.

Filmmaker Kapur said terrorism is a threat to the whole world?

"Latest reports say 150 people killed in Sri Lanka in terrorist attacks on churches, hotels. While none has admitted to this, it was a well coordinated attack at Easter. When Churches were full. Terrorism remains our number one global enemy. No one, nowhere is safe," the director said.