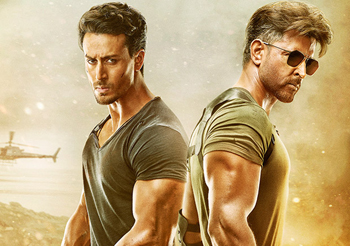 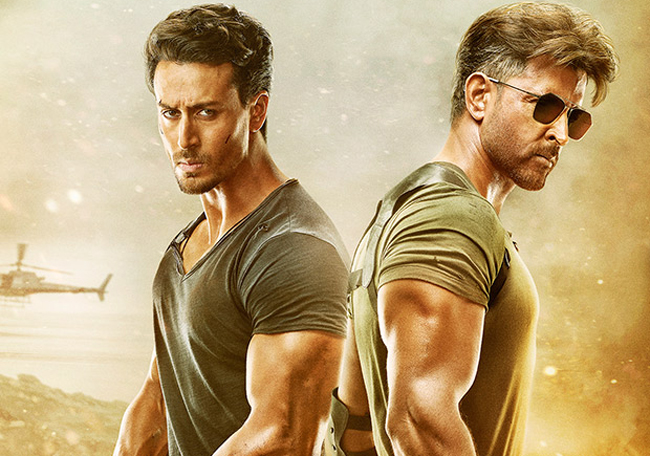 Mumbai, Oct 3: Hrithik Roshan and Tiger Shroff-starrer "War" netted Rs 53.35 crore at the box office on day one of its release, the makers said on Thursday.

Directed by Siddharth Anand and produced by Yash Raj Films, the movie opened countrywide on Wednesday.

The film, which also features Vaani Kapoor, amassed Rs 51.60 crore through the Hindi version, while its Tamil and Telugu prints raked in a combined haul of Rs 1.75 crore, they said in a statement.

According to the makers, the film has registered eight "milestones", which includes the feat for the biggest opening in the history of Hindi cinema.

"It is truly overwhelming and gratifying to get this kind of love from audiences for our hard work in making 'War a truly big screen spectacle.

"Having two of the biggest action superstars of Indian cinema, we had the immense responsibility to give audiences a never seen before visual experience and I feel hugely validated that people across the country have loved our action entertainer that has pushed the envelop of action genre in India," Siddharth said.

The director also congratulated the film's two leads -- Hrithik and Tiger -- on the movie's success.

"I also share this moment with Vaani, all the actors and the entire team that has worked tirelessly on this film to make 'War' a huge winner at the box office," he added.