Washington, May 16: A chemical found in jawless parasitic fish can be used to deliver anti-cancer drugs directly to brain tumors, as well as lead to more effective treatments for trauma and stroke, a study has found. 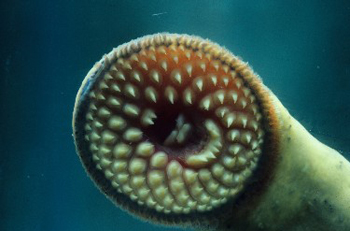 The research, published in the journal Science Advances, found that molecules from the immune system of the parasitic sea lamprey may also be combined with a wide array of other therapies, offering hope to treat disorders like multiple sclerosis, Alzheimer's disease or even traumatic injuries.

"We believe it could be applied as a platform technology across multiple conditions," said Eric Shusta, a professor at the University of Wisconsin-Madison in the US.

When injected into the bloodstream, many drugs cannot reach targets in the brain as the blood-brain barrier prevents large molecules from leaving the blood vessels in the brain, researchers said.

In conditions such as brain cancer, stroke, trauma, and multiple sclerosis, however, the barrier becomes leaky in and around the disease locations, researchers said.

The study found that leaky barrier offers a unique point of entry, allowing molecules to access the brain and deliver drugs precisely on target.

"Molecules like this normally couldn't ferry cargo into the brain, but anywhere there's a blood-brain barrier disruption, they can deliver drugs right to the site of pathology," Shusta said in a statement.

Researchers said that the technology takes advantage of the fact that many diseases disrupt the body's natural defense mechanism the blood-brain barrier, which lines the blood vessels of the central nervous system, protecting the brain from circulating toxins or pathogens.

They also linked the molecules to chemotherapy called doxorubicin. The treatment of prolonged survival in mouse models of glioblastoma, incurable cancer.

"This could be a way to hold therapies in place that don't otherwise accumulate well in the brain so they can be more effective," said Ben Umlauf from the University of Wisconsin-Madison.

"There are several disease processes that disrupt the blood-brain barrier and we could conceive of delivering a variety of different therapies with these molecules," said John Kuo from the University of Texas in the US.