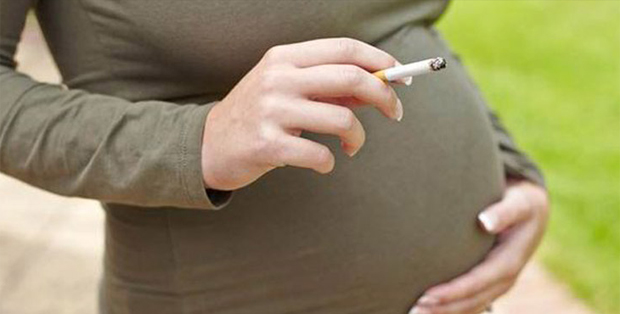 New York, Mar 12: Just one cigarette a day during pregnancy can double the risk of sudden unexpected infant death (SUID), warned a study. SUID is defined as sudden and unexpected death of a baby below one year of age, in which the cause is not obvious before investigation.

For women, who smoked an average of 1-20 cigarettes a day, the odds of SUID increased by 0.07 with each additional cigarette, according to the study published in Pediatrics.

"With this information, doctors can better counsel pregnant women about their smoking habits, knowing that the number of cigarettes smoked daily during pregnancy significantly increase the risk of SUID," said lead author Tatiana Anderson, from the Seattle Children's Research Institute.

"We hope to advise women about this risk will result in fewer babies dying from these tragic causes."

Women who reduced smoking by the third trimester saw a 12 per cent decrease in SUID risk. Quitting smoking was associated with a 23 per cent reduction in the risk.

"The most important takeaway is for women to understand that quitting smoking before and during pregnancy by far results in the greatest reduction in the SUID risk," she said.

For the study, the team used computational modelling techniques to analyse maternal cigarette smoking habits for about 20 million births in the US. The analysis also showed mothers who smoked three months before pregnancy and quit in the first trimester still had a higher risk of SUID compared with non-smokers. The data supports public health efforts aimed at encouraging women to quit smoking well before pregnancy, Anderson said.