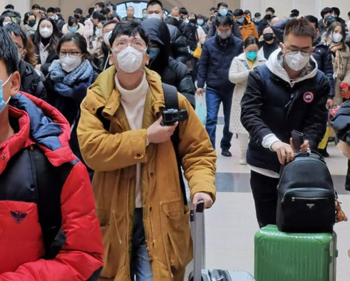 Singapore, Feb 24: Last week Singapore's Ministry of Trade and Industry revised their 2020 GDP growth projections downwards to -0.5 to 1.5 per cent, confirming fears of economic fallout from the coronavirus COVID-19. Just three days earlier, while visiting Changi Airport, the Prime Minister told the media that the country is bracing for a significant hit on the economy and the possibility of a recession.

In the budget announcement on February 18, various measures to help affected companies were announced.

This included a jobs support scheme to help companies retain workers that will see the government offset 8 per cent of wages up to SGD3,600(USD2,600) per worker, per month, for a three-month period. Companies will also get a 25 per cent rebate on their taxes for the year capped at SGD15,000 (USD10,800) per company.

There will be additional support for sectors directly affected by the virus outbreak such as tourism, aviation and retail. Qualifying companies will be given property tax rebates and can apply for temporary bridging loans to ease cash flow. Rebates will be offered on aircraft landing and parking charges as well as rental rebates for shops and cargo agents at Changi Airport.

Overall, the economic package will cost Singapore some USD 4.6 billion, well in excess of the USD 500 million some analysts had predicted. The resulting spending plan including the virus economic package will see a budget deficit of SGD 10.9 billion or 2.1 per cent of GDP, the highest since the Asian financial crisis of 1997.

It is hoped that with financial support, companies in Singapore will not only be able to ride through the current rough patch but be able to position themselves better to take off once the economic crisis brought upon by the contagion is over.

Which then are the Singapore companies that can potentially ride out the current storm and emerge stronger?

Aviation and hospitality firms are among those most impacted by the virus outbreak and Singapore Airlines (SIA) comes to mind. SIA is a well-run company but has seen its share price fall about 5.2 percent since the beginning of the year. In the short term, revenue and profits will no doubt be affected but it will recover in the long run.

Hospitality sector companies like Ascott Residence whose main sponsor is Capitaland, Southeast Asia's largest landlord, and CDL Hospitality, have seen 1.5 and 5.5 percent (respectively) shaved off their share prices since the start of the year.

In reporting financial results for the quarter which ended in December on February 14, Alibaba CEO Daniel Zhang said that due to the virus, they are seeing large changes in buying patterns. With widespread home confinement, there is a growing demand for delivery services including online food and grocery delivery, as well as office apps and streaming entertainment.

In late January, as the scale of the outbreak became more apparent, investors began pouring money into health-product firms in Asia that they think will benefit from the virus outbreak.

Bloomberg reported that when Chinese pharmaceutical companies like Da An Gene Co, Xilong Scientific and Shanghai Kehua Bio-Engineering said they have developed kits for detecting the virus, their stocks soared to hit the 10 per cent daily limit. Firms manufacturing protection gear and air-cleaning equipment climbed more than 10 per cent in Japan, while Malaysian rubber gloves producers climbed at least 5 per cent.

Naturally, many would view that pharmaceutical companies that have the technology and expertise to develop drugs to treat patients with the virus or are able to develop a vaccine, would stand to benefit from the coronavirus outbreak.

Firms like and Johnson & Johnson, Pfizer, MSD, GlaxoSmithKline (GSK) and Sanofi are the pharmaceutical behemoths that dominate the global vaccine market.

However, industry experts speaking to the BBC warned that a pot of gold is not necessarily waiting for any company that successfully develops a vaccine. Although the global vaccine market is expected to grow to USD60 billion this year, it is costly and time-consuming to develop and pass it through for use by the general public.

It is also unclear if Indian pharmaceutical firms will be able to benefit from the demand for medicines that can treat or prevent the virus.

India is the world's largest manufacturer of generic drugs and it supplies 20 percent of the world's drugs by volume. However, it sources 70 percent of its raw material from China. If supplies are disrupted beyond a month to a month and a half, they may see a slow-down in production. According to a CNN report, the companies that are most impacted by material shortages are GSK India, Pfizer (PFE) and Cipla. Other companies like Aurobindo Pharma, Cadila Healthcare and Sun Pharma are said to be carefully monitoring the situation.