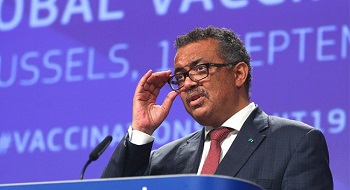 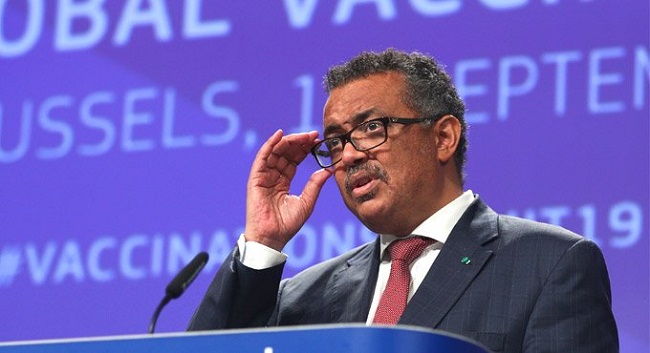 The World Health Organisation (WHO) Director-General Tedros Adhanom Ghebreyesus said that more research needs to be done to better understand the extent to which COVID-19 is being spread by people who don't show symptoms.

"Since early February, we have said that asymptomatic people can transmit COVID-19, but that we need more research to establish the extent of asymptomatic transmission," the WHO chief said at a virtual press conference from Geneva on Wednesday, Xinhua news agency reported.

"That research is ongoing, and we're seeing more and more research being done," he added.

Saying that the world has been achieving a lot in knowing the new virus, the WHO chief told reporters that "there's still a lot we don't

"WHO's advice will continue to evolve as new information becomes available," he said.

Tedros stressed that the most critical way to stop transmission is to find, isolate and test people with symptoms, and trace and quarantine their contacts.

"Many countries have succeeded in suppressing transmission and controlling the virus doing exactly this," Tedros said.

"If we look at the numbers... this pandemic is still evolving. It is growing in many parts of the world," he said. "We have deep concerns that health systems of some countries are struggling, under a huge strain and require our support, our help and our solidarity."

He said "each and every country has a different combination of risks and opportunities, and it's really down to national authorities to carefully consider where they are in the pandemic."

In Europe, the risk issue now are about travels and the opening of the schools, around risk management, mass gathering, surveillance and contact tracing, said the WHO official.

In Southeast Asian countries, where to a great extent transmissions have been under control, governments are more concerned about the re-emergence of clusters, while in South America, the issue of PPE for health workers has not gone away, said Ryan.

As regards Africa, Ryan said the death rates have been very low in the past week, but the health system can be overwhelmed, as it would have to cope with other diseases such as malaria.