Hamilton, Feb 14: Batting first, India finished at 263 for nine on the opening day of the three-day warm-up game against New Zealand XI here on Friday.

Hanuma Vihari made 101 off 182 balls before retiring, while Cheteshwar Pujara scored 93.

Besides, Ajinkya Rahane (18) was the only other Indian batsmen to register double digit score.

The likes of Prithvi Shaw (0), Mayank Agarwal (1) and Shubman Gill (0) failed to cash in on the opportunity.

Scott Kuggeleijn (3/40) and Ish Sodhi (3/72) shared six wickets between them for New Zealand.

Important thing is how well you return after making mistakes: Shakib Al Hasan

Bengaluru, Jul 24: Bangladesh all-rounder Shakib Al Hasan, who was earlier banned by the International Cricket Council (ICC) for breaching the Anti-Corruption Code, on Friday, said that people are bound to make mistakes and the important thing is that how well they make a comeback.

Shakib was banned from all forms of cricket on October 29 last year after he accepted the charges of breaching the ICC's Anti-Corruption Code. He will be able to resume international cricket from October 29, 2020.

"You have to be honest. You just can't lie to the people and pretend different things. Whatever happened has happened. People are bound to make mistakes. You are not 100%. The important thing is how well you can comeback from those mistakes. You can tell other people not to make those mistakes. Tell them the path so that they never take those paths," Shakib told Deep Dasgupta in a videocast hosted by ESPNcricinfo.

The 33-year-old all-rounder said he has seen many controversies ever since he was first made captain in 2009. He had trouble with the board chief, selectors and the media, mainly about selectorial decisions and not being made permanent captain between 2009 and 2010.
He believes those experiences have changed him as a person over time.

"I think [it's] combination of both [controversy following him, and vice versa]. I got the responsibility so early in my career, I was bound to make mistakes. I was captain when I was 21. I made a lot of mistakes, and there are so many things that people think about me. Now I realise that it was my fault in some areas, and in some I was misunderstood. But I get it completely. It is part and parcel in the subcontinent," Hasan said.

"Of course I will try to minimise [my mistakes] as much as I can, but by the time I got married, and now I have two kids, I understand the game and life better. It has made me a calmer person than I was in my twenties. I have changed quite a lot. People won't see me doing a lot of mistakes now. My two daughters changed my life completely," he added.

Looking forward to playing with Virat, want to know what makes him tick: Kane Richardson 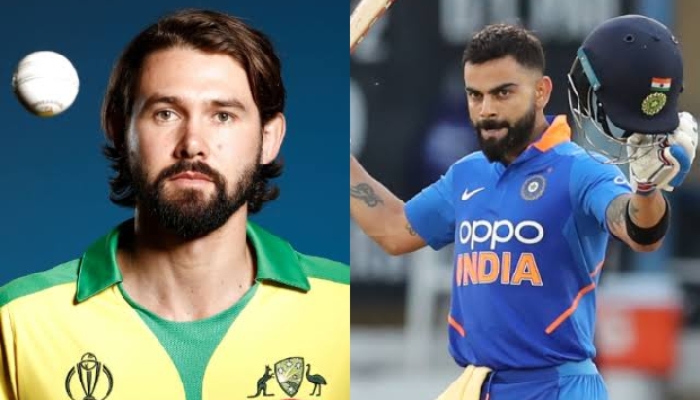 The IPL 2020 will be played in the UAE from September 19-November 10 and the tournament will run for 53 days.

In an interaction with news agency, Richardson talked about playing alongside Kohli and the learning curve which is in store for him by being in the same squad as Proteas great Dale Steyn.
"Huge. These guys (Virat, AB de Villiers) are the absolute legends of the game. Anything I can learn from them will be a bonus, that's for sure.

The 29-year-old pacer also said that he would want to learn from Steyn as to how to be consistent in all formats of the game over a long period of time.

"There are loads I can learn from Dale. He has been amongst the best at the highest level for so long. His control and ability to swing the ball without losing his pace is really impressive.

I look forward to getting in his ear about how he performs so consistently over a long period, in all forms," said Richardson who has 39 ODI wickets to his credit.

Richardson has so far played 14 games in his IPL career so far and has picked up 18 wickets. The bowler played for Pune Warriors India in 2013, Rajasthan Royals in 2014, and RCB in 2016.

For this year's IPL, RCB has also bagged Australia's limited-overs skipper Aaron Finch, and Richardson thinks having a familiar face in the camp would help him to settle better in the franchise.

"Finchey is an awesome player and a fantastic leader. I am sure it will help to have two Aussies in the side along with Josh who is playing his first tournament after a massive summer in the BBL. We are all professionals, I'm sure it won't take long for us to gel as a side," Richardson said.

However, before the IPL starts, Australia is expected to tour England for a limited-overs series, comprising of three ODIs and as many T20Is.

The side was last seen in action in March this year as they played one ODI against New Zealand in Sydney. After the first match, the remaining two ODIs were postponed due to the coronavirus pandemic.

Talking about the series against England, Kane replied: "We will be fresh, that's one thing, while the England players have been in a bubble for some time now. As long as we get enough practice in before and possibly some centre wicket it should not be an issue."

"They are World Cup holders and the number one ranked side for a very good reason. It will be a tough series also given they will have played a fair bit of cricket together by then. We know we need to work hard on our one-day game which will be a priority over the next period," he added.

The pacer also talked about how the lockdown was like for him, and Richardson feels that everyone would come back strong as a result of this break.

"The break from playing has been refreshing, to be honest. We have come back strong and are well into pre-season training with our states. As a bowler, our loads are not at their peak but we are working towards getting ready for a tour of the UK in a few weeks," Richardson said.

The Australian quick has so far played 25 ODIs and 18 T20Is, managing to take 39 and 19 wickets respectively. 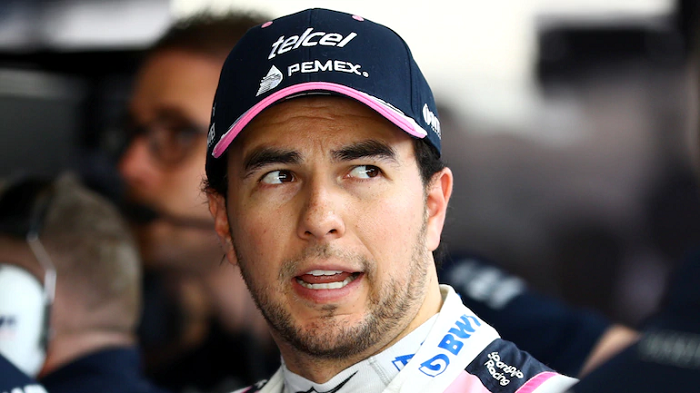 Northamptonshire, Jul 31: Mexican Formula One driver Sergio Perez has tested positive for coronavirus, and as a result, he will miss the British Grand Prix.

The Racing Point driver was absent from the circuit on Thursday after self-isolating following what his team called an "inconclusive" test. Perez then re-tested later in the day and it returned positive.

Formula 1 is following a strict testing regime as part of the safety protocols put in place when racing resumed earlier this month, and this is the first time a driver has tested positive.

"Perez has entered self-quarantine in accordance with the instructions of the relevant public health authorities, and will continue to follow the procedure mandated by those authorities," Formula 1 and the FIA said in a statement.

"With the assistance of the local organiser of the British Grand Prix, local health authorities and the FIA COVID-19 delegate, a full track and trace initiative has been undertaken and all close contacts have been quarantined," the statement added.