Detained for sedition, 2 journalists released after they say it was an 'oversight'

Imphal, Jan 19: A day after detaining two Manipur editors on sedition charges after the publication of an article "supporting revolutionary ideology" in their online news portal, the police on Monday released the duo after they admitted that the write-up was published due to oversight, the police said.

The police said that Paojel Chaoba, Executive Editor of The Frontier Manipur, and Dhiren Sadokpam, Editor-in-chief of the online news portal, were detained on Sunday under the Unlawful Activities (Prevention) Act (UAPA) and Section 124A (sedition) of the Indian Penal Code.

The suo-motu police action was followed by the publication of an article -- "Revolutionary journey in a mess" -- written by one M. Joy Luwang on January 8, criticising the "revolutionary groups" of Manipur for moving away from their original cause.

The police said that the two editors were detained as part of the probe over the publication of the write-up.

"We have released the detainees after they admitted in writing that the source of the article was unverified and it was published due to oversight and such mistakes would not recur," a police officer told IANS over phone.

The officer, on condition of anonymity, said that the write-up had openly "endorsed revolutionary ideologies and activities and expressed dismay over the deteriorating character of armed revolutionaries of Manipur in the past many years".

A delegation of All Manipur Working Journalists' Union (AMWJU) and Editors' Guild Manipur had met Chief Minister N. Biren Singh earlier on Monday, demanding the release of the two scribes. 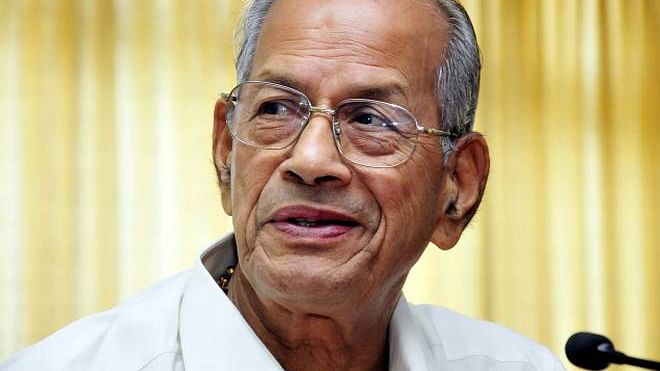 Kochi, Feb 20: 'Metro man' E Sreedharan, set to join the BJP ahead of Kerala Assembly elections later this year, backed the saffron party on the issue of 'Love Jihad', saying he had seen Hindu and Christian girls being "tricked" into marriage. He added that this is one issue he will certainly oppose.

In an interview with NDTV, Sreedharan stated that the BJP is being painted like a "communal party" in the country today but he sees the saffron party as "nation lovers".

"According to me, not because I have got such a long association with people in BJP — it is not a communal party at all. It is a party consisting of nation lovers and who accept that all parties, all communities are alike as far as they are concerned. That is the attitude of the Modi government. I can see the way he speaks, I have never seen him at any time attacking any religion. This religious bias in an unnecessarily taunt on BJP and very unjust," he added.

Sreedharan confirmed to the media on Thursday that he will join the BJP. He said that both the CPM-led Left Democratic Front and the Congress-led United Democratic Front that had been ruling Kerala over the years are only interested in political gains. He is hopeful that only the BJP-led NDA could initiate steps for Kerala's development which is why he decided to work with BJP.

Sreedharan, who is now 89, may also contest in the upcoming Assembly elections.

Sreedharan, who led the Delhi Metro Rail Corporation (DMRC) and is the principal advisor for the Kochi Metro project, was closely associated with the Kerala government over the years. He was also carrying out reconstruction of the Palarivattom flyover in Kochi that suffered damages due to poor quality of construction within three years of commissioning.

Sreedharan, who is a Padma Vibhushan recipient, is a native of Palakkad district in Kerala.

Great man with profession, But he already declared that he don't like more then 95% of Keralites and still want to become CM of Kerala at this age, "Strange". In recent interview he had mentioned that he don't like people who are non vegetarian, but in Kerala there are more then 95% population who are non vegetarian. Any thing can be possible in BJP>>>>

Wow.. you got a good topic to get entry into BJP.. Very nice step after getting retired.. Your are safe from the hands of ED IT etc.. and at the same time your income also confirmed for life time.

Hahaha...BJP will develop Kerala the same as it did in India.

New Delhi, Feb 12: Non-bailable warrants have been issued against two more activists for allegedly sharing the "toolkit" related to the farmers' protest on social media, the Delhi Police said on Monday, two days after it arrested climate activist Disha Ravi in connection with the case. The 21-year-old activist was arrested on Saturday from Bengaluru and sent to five days police remand on Sunday by a Delhi court here.

The two suspects against whom the non-bailable warrants have been issued include Nikita Jacob and Shantanu, police said, adding that the duo was allegedly involved in preparing the document and was in direct touch with "pro-Khalistani elements".

"Non-bailable warrants have been issued against Nikita Jacob and Shantanu. The two are wanted in connection with the toolkit case. They are suspected to be involved in preparing the documents and were also in direct interaction with pro-Khalistani elements," a senior police officer said.

The police are conducting raids in Mumbai and other places to nab the duo. The Delhi Police had on Sunday claimed that Ravi was an editor of the "toolkit Google doc" and "key conspirator" in the document's formulation and dissemination.

Police also alleged that Ravi and others "collaborated with pro-Khalistani Poetic Justice Foundation to spread disaffection against the Indian State."

"She was the one who shared the toolkit doc with Greta Thunberg," the Delhi Police claimed in a tweet.
Thunberg, a teen climate activist, had shared the "toolkit" to lend her support to the farmers' agitation against the three agri laws.

In the document, various urgent actions, including creating a Twitter storm and protesting outside Indian embassies, were listed which were needed to be taken to support the farmers' protest.

The toolkit has been cited by some critics as a "proof" of her conspiracy to fuel protests in India.

The police on Sunday told the court that her custody was required to probe an alleged larger conspiracy against the government of India and to ascertain her alleged role relating to the Khalistan movement.

Delhi Chief Minister Arvind Kejriwal has called Ravi's arrest "unprecedented attack on democracy" while the Samyukta Kisan Morcha (SKM), which is leading the farmers' protest at Delhi's borders, too condemned the activist's arrest and demanded her immediate release.

Thousands of farmers protesting the Centre's new agri laws had clashed with the police during their tractor parade on January 26.

Over 500 police security personnel were injured while one protestors died during the Republic Day violence.

Earlier, the Delhi Police had asked Google and some social media giants to provide information about e-mail id, URLs and certain social media accounts related to the creators of the "toolkit" shared by Thunberg and others on Twitter in connection with the farmers' protest. 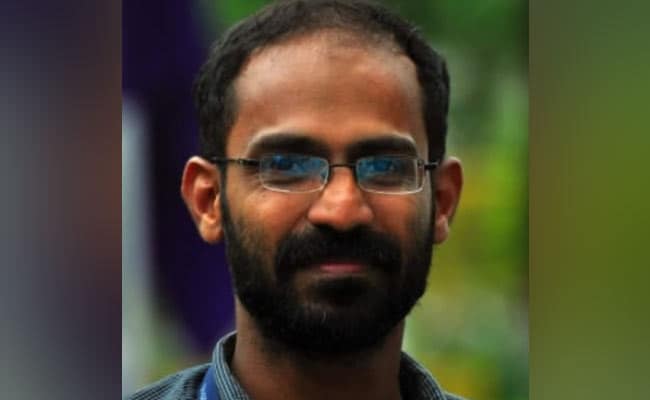 New Delhi, Feb 15: The Supreme Court Monday granted 5-day bail to journalist Siddique Kappan, arrested on his way to Hathras where a young Dalit woman had died after being allegedly gang-raped, to visit his ailing mother for five days.

A bench headed by Chief Justice S A Bobde, however, said that during his visit he shall not give any interview to the media, including social media.

The bench, also comprising Justices A S Bopanna and V Ramasubramanian, said that Siddique will not meet members of the public except his relatives and doctors concerned.

It said Siddique will be escorted by a team of Uttar Pradesh police officers and police in Kerala will cooperate with them.

The restrictions imposed by the apex court has triggered social media outrage with Twitterati calling it “undemocratic”.

Kappan was arrested on October 5, 2020, while he was on his way to Hathras, home to the 19-year-old Dalit woman who died after being allegedly gang-raped by four upper-caste men on September 14.

Her cremation at night by the authorities, allegedly without the parents' consent, had triggered widespread outrage.

The police had said it has arrested four people having alleged links with the PFI in Mathura and identified the arrested persons as Siddique from Malappuram, Atiq-ur Rehman from Muzaffarnagar, Masood Ahmed from Bahraich and Alam from Rampur.