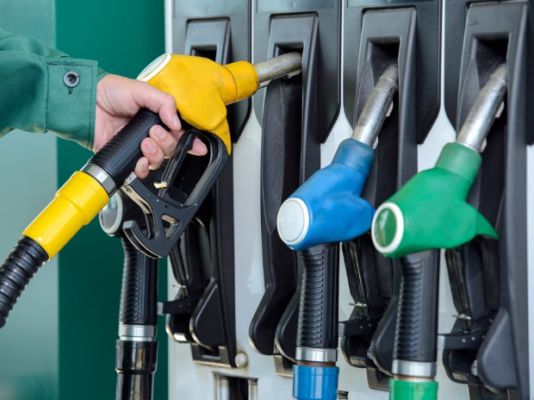 New Delhi, Jan 14: Petrol and diesel prices on Thursday were hiked by 25 paise per litre each, the second straight day of increase in rates that took the prices to new highs.

Petrol now costs Rs 84.70 per litre in Delhi and diesel is priced at Rs 74.88, according to a price notification from oil marketing companies.

This is the second straight day of a price increase. Rates were hiked by 25 paise each on Wednesday after a five-day hiatus.

Petrol price is at a record high in Delhi and is just a shy away from the highest ever rate of Rs 91.34 in Mumbai.

Diesel price in Mumbai is at an all-time high.

Rates were hiked on two consecutive days - totalling 49 paise for petrol and 51 paise for diesel - before they hit a pause button again.

The price increase cycle resumed on Wednesday, after international oil prices rose to their highest level since February 2020, before the coronavirus outbreak in China began spreading across the world, forcing lockdowns that shaved off demand.

Rates, however, eased a bit on Thursday with Brent down 11 cents to USD 55.95 per barrel while NYMEX light sweet crude was down 10 cents at USD 52.81.

The highest ever rate of diesel in Delhi was touched on October 4, 2018, when it touched Rs 75.45 a litre mark. On that day petrol was priced at Rs 84. In Mumbai, the highest level for petrol was also on the same day when it scaled to Rs 91.34.

The government had responded to the situation in October 2018, by cutting excise duty on petrol and diesel by Rs 1.50 per litre in a bid to ease inflationary pressure and boost consumer confidence. Alongside, state-owned fuel retailers cut prices by another Re 1 a litre, which they recouped later.

Though petrol and diesel rates are to be revised on a daily basis in line with benchmark international price and foreign exchange, government-controlled fuel retailers have been moderating rates since the pandemic broke out.

This after they adjusted a Rs 13 per litre hike in excise duty on petrol and Rs 15 a litre on diesel, against a decrease in the retail selling price that was warranted by crude oil prices falling to an average of USD 19 per barrel in April.

With international oil prices rebounding from the lows of April, retail rates in India too were revised. Since May 2020, petrol price has risen by Rs 15.04 per litre and diesel by Rs 12.59 a litre, price notifications of oil companies showed.

New Delhi, Feb 20: Petrol and diesel prices continued to soar to new highs as fuel rates were hiked for the 12th consecutive day on Saturday.

While the petrol price was hiked by 39 paise in Delhi, the diesel price was increased by 37 paise. In the national capital, petrol now costs Rs 90.58 per litre, while diesel Rs 80.97 per litre.

In Mumbai, the petrol price touched the Rs 97 per litre mark with a hike of 38 paise. The diesel is priced at Rs 87.06 per litre after an increase of 39 paise.

Meanwhile, in Bengaluru, the petrol price was hiked by Rs 1.30 on Saturday. The petrol now costs Rs 93.67 per litre in Bengaluru, while diesel costs Rs Rs 85.84 after an increase of 10 paise.

The relentless hike in prices has been criticised by the opposition parties, including Congress that has demanded an immediate cut in taxes to ease the burden on the common man.

Growth amid pandemic: UAE is now home of 87,000 millionaires, 13 billionaires – in US Dollars 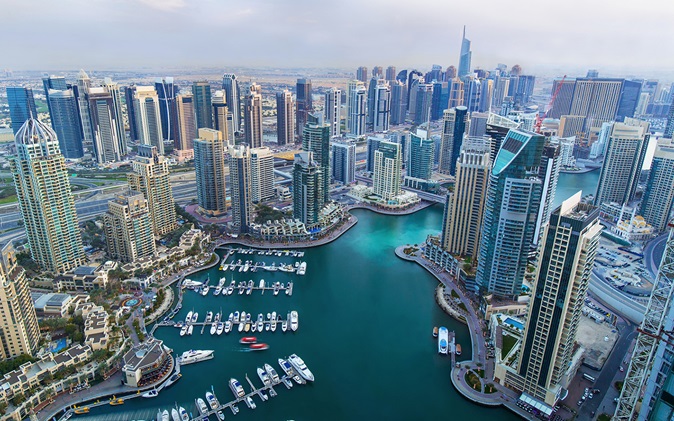 Dubai, Feb 16: Wealth of millionaires and billionaires in the UAE increased by $45 billion (Dh165.15 billion) in the second half of 2020 despite Covid-19 pandemic taking toll of its economy.

The UAE added 4,276 millionaires with a wealth of $1 million-plus and one billionaire during the six month period.

It estimated that over 35,000 HNWIs have moved to the UAE between 2000 to 2020. Many of these individuals have come from India, the Middle East and Africa.

The UAE is the largest wealth management centre in the region with assets under management (AuM) of approximately $110 billion, followed by Israel at $95 billion.

Most of the HNWIs have acquired wealth in the fields of finance and professional services; real estate and construction; transport and logistics; hotels and leisure; healthcare; technology and telecoms; retail and fashion; manufacturing, FMCG and Media.

Romika Fazeli, founder and managing director of Emirates World Club, said the UAE is the only country in the Middle East where all kinds of religions and cultures are welcomed and respected.

“I truly believe that as a millionaire and billionaire, you have the financial power and freedom to choose a country as your home where you live a comfortable lifestyle, considering the safety of your family, importance of work-life balance and religious freedom. Dubai is a multi-national and cultural city which makes it also one of the most metropolis cities in the world,” said Fazeli.

“When it comes to lifestyle and safety, Dubai is the best place to live a great life and second to none,” she added. New Delhi, Feb 28: The Congress on Saturday accused the Modi government of ignoring the woes of common man and asked it to shed its "arrogance" and reduce the tax imposed on petrol, diesel and LPG.

Addressing a press conference here, Congress spokesperson Abhishek Singhvi said the government should immediately roll back the additional taxes of Rs 23.78 and Rs 28.37 per litre on petrol and diesel respectively, which will help bring down fuel prices.

He quoted Prime Minister Narendra Modi's words as Gujarat chief minister to urge the government to reduce the high tax components on petroleum products. Singhvi said the common man is already hurt due to rising inflation and joblessness amid a decline in the economy post-pandemic.

The PM may ignore the Congress' demand, but he should at least listen to his own words as Gujarat CM during the UPA regime at the Centre, or may heed RBI Governor Shaktikanta Das's advice that the rising fuel prices will have a cascading effect, the Congress leader said.

"The Congress and the country urge you to listen to your own voice in bringing down petrol and diesel prices," he said, playing Modi's statements on petrol/diesel rates made during the UPA regime.

He also took a dig at Finance Minister Nirmala Sitharaman for saying she is in a dilemma over removing the tax on petrol and diesel, asking, "What is the 'dharam sankat' and impediment that even the finance minister cannot reduce fuel tax. Is the PM stopping the FM from doing so?

It is "shameful", Singhvi said, that while crude oil is 39.2 percent cheaper since May 2014, petrol and diesel under the Modi regime are 27.5 and 42.2 percent costlier.

He said it was "reverse coalition" where the global rates are coming down, but domestic rates are rising.
Singhvi alleged that this government has raised petrol and diesel rates on 14 occasions in the last 20 days, which he said was unfortunate.

The Modi government has been the most 'Mehengi Sarkaar' for the people, which has taxed them heavily. This arrogant government refuses to acknowledge people's problems or give any relief to them. It has only tried to 'divide, deceive, dupe, distract and delude', which are the five favourite Ds of the 'Hum Do, Hamre Do Sarkaar', he alleged.

The Congress leader said in the last over six years, this government has earned over Rs 21.5 lakh crore by imposing additional excise duty on petrol and diesel.

The international crude oil prices as on February 25, 2021 are USD 65.70 per barrel, but the price of petrol has increased to Rs 91.17 per litre in Delhi whereas diesel is selling at Rs 81.47 per litre in Delhi, he pointed out, alleging that the BJP regime has increased petrol rates by 820 per cent and diesel by 258 per cent since it came to power.

He also said the price of domestic gas cylinder has increased by Rs 200 in the last three months and accused the government of consistently misrepresenting facts about subsidy on LPG cylinder.

We demand the immediate withdrawal of 'Modi tax' of Rs 23.87 and Rs 28.37 per litre on petrol and diesel, which was increased by the Modi government since May 2014. This is not a favour, the people deserve relief in these hard pandemic times. This reduction will reduce petrol price to Rs 67.39 per litre and Diesel price to Rs 53.10 per litre, Singhvi said.