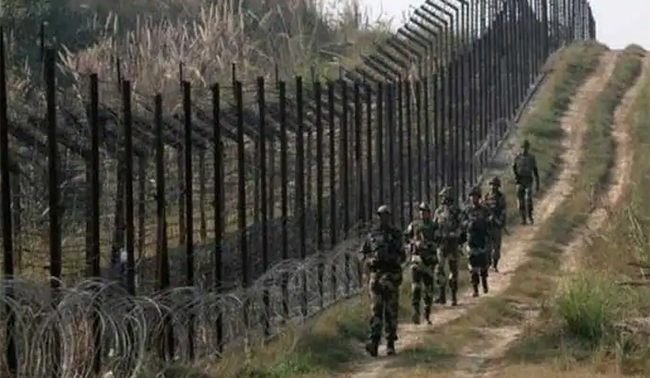 The Indian Army which had specific intelligence about the presence of terrorists in launch pads across the Line of Control (LoC), started targeting the launch pads to prevent the infiltration of the Pakistan Army-sponsored terrorists, the sources said.

"As a result, calibrated escalation of area weapons was undertaken by the Indian Side in which terrorist launch pads, Pakistan Army posts giving incidental protection to these launch pads and certain gun positions were hit," he said.

The spokesperson said the "Indian Army retains the right to respond at a time and place of it's choosing in case Pakistan Army continues to assist terrorist activities across Indian borders."

Sources said caliber escalation included the use of artillery guns to target terrorist camps in Pakistan occupied Kashmir (PoK) which have been actively trying to push terrorists into Indian territory.

Sources said that four launch pads in Neelam valley of PoK were targeted and fatalities have been reported.

The terror launch pads attacked by the Indian Army are operated by the Lashkar-e-Toiba (LeT) which wants to push terrorists into to spark violence in the region.

In ceasefire violation by Pakistan, two Indian soldiers and a civilian were killed in Tangdhar sector of Kupwara in Jammu and Kashmir.

"Indian forces caused heavy damages and casualties to Pakistan after two Indian soldiers and one civilian were killed in ceasefire violation by Pakistan Army in Tangdhar sector," an Indian Army spokesperson said.

Meanwhile, PRO Udhampur, Ministry of Defence tweeted, "Unprovoked ceasefire violation by Pakistan in #JammuandKashmir on the #LineofControl which also targeted civilian areas is disgraceful! #IndianArmy stands committed to safeguard the security of #India and is responding in an appropriate manner."