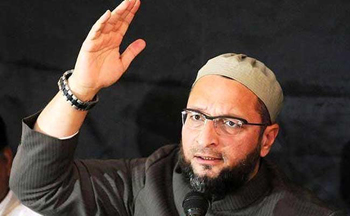 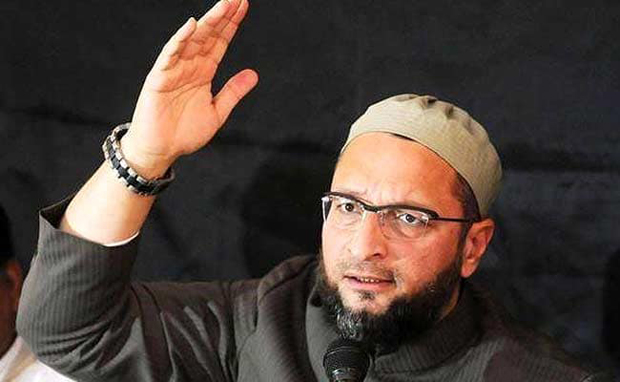 Hyderabad, Oct 11: The BJP is trying to convert India into "RSS Raj", AIMIM chief Asaduddin Owaisi alleged on Thursday and hit out at Amit Shah, the chief of the saffron party, saying he was "frustrated and lost".

The remark of the All India Majlis-e-Ittehadul Muslimeen (AIMIM) chief came a day after Shah lashed out at Owaisi, a bitter critic of the Bharatiya Janata Party (BJP), and said it was the saffron party alone that could fight people like him and not the Telangana Rashtra Samithi (TRS), Telugu Desam Party (TDP) or the Congress.

At a public meeting here Wednesday, Shah had also flayed caretaker Telangana Chief Minister and TRS chief K Chandrasekhar Rao for not celebrating September 17, the day the erstwhile Nizam's state merged with the Indian Union, as the "Hyderabad Liberation Day".

"Due to the fear of Owaisi and for the Muslim vote-bank, Chandrasekhar Rao stopped celebrating the Hyderabad Liberation Day," he had said.

Reacting to Shah's comments, Owaisi, the Hyderabad MP, advised him not to "dance to the tune of gau rakshaks (cow vigilantes)".

"Amit Shah is frustrated and lost and he does not know what to do in Telangana.

"Because the people in Telangana believe in a composite culture and vouch for the 'Ganga-Jamuni tehzeeb (cross-culture)'. In Telangana, we have governance according to the Constitution and people are governed by the rule of law," he said.

"You (BJP) are trying to make India a Raj of the RSS. That is why the people of Telangana completely oppose (you) and will not allow the RSS and its sister organisations (to do) what they are doing in the BJP-ruled states.

"I want to ask Amit Shah, why are you dancing to the tune of the gau rakshaks? Why are you not taking action against these people who are harming the youth of the country?," Owaisi asked.

According to the AIMIM leader, unlike in the BJP-ruled states, boys and girls are not harassed in Telangana while they talk to each other and people are not killed "in the name of the cow".

Owaisi also claimed that there were no incidents of communal violence in the southern state in the last four-and-a-half years.