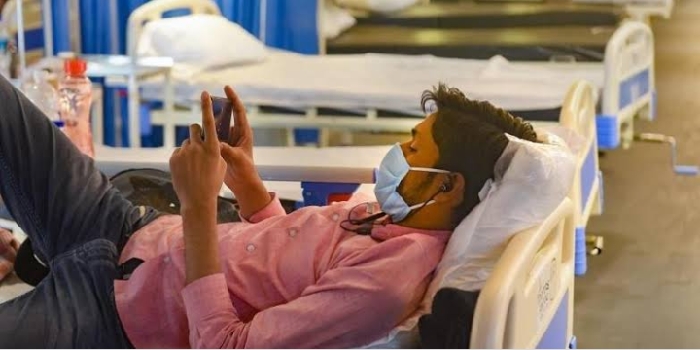 New Delhi, Aug 2: The Centre has written to all states and Union Territories stating that smartphones and tablet devices should be allowed for hospitalised Covid-19 patients so that they can interact with family and friends through video conferencing, which would provide them psychological support.

Though mobile phones are allowed in hospital wards, the missive was issued following some representation from the kin of patients alleging otherwise.

Director-General of Health Services (DGHS) in the Health Ministry Dr Rajiv Garg in the letter to the principal secretaries of health and medical education of states and Union territories said appropriate protocols for disinfecting devices and allotting timeslots can be developed by the hospital concerned to facilitate contact between patients and their family.

He underlined that administrative and medical teams should be responsive to the psychological needs of patients admitted in Covid-19 wards and ICUs of various hospitals.

"Social connection can calm down patients and also reinforce the psychological support given by the treating team. Please instruct all concerned that they should allow smartphones and tablet devices in patient areas so that the patient can video conference with their family and friends," stated the letter issued on July 29.

Financial frauds have seen a spike thanks to digital payment: Ajit Doval 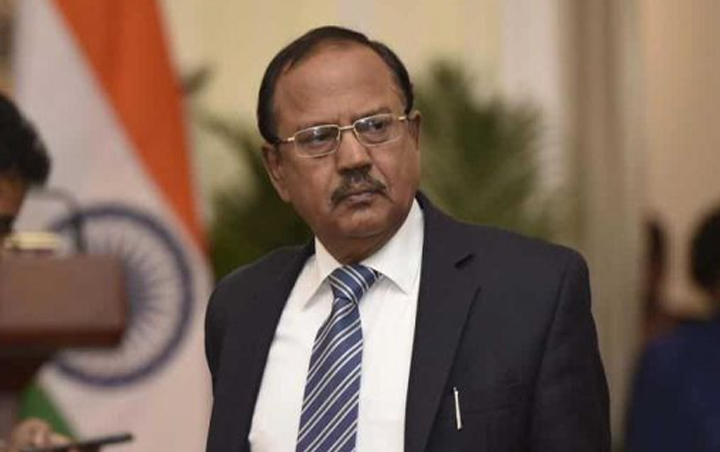 He also said the Centre was coming up with the National cybersecurity strategy-2020 which envisions the safe, secured, trusted, resilient and vibrant cyberspace for India's prosperity.

He was delivering a lecture on Cybersecurity virtually at the COCONXIII-2020, data privacy and hacking conference hosted by the Kerala Police and the Society for the Policing of Cyberspace and Information Security Research Association. According to him, there is a change in the work environment that has been brought upon by the pandemic.

"There is a greater dependence on digital payment platform due to reduced cash handling and greater data sharing is happening online and presence on social media has also increased.

While we are able to manage our affairs online to a certain extent, malicious actors also found in it, a new opportunity," Doval said.

Doval said there was an increase of 500 per cent in cybercrimes due to limited awareness and cyber hygiene.

"Financial frauds have seen an exponential increase due to greater dependence on digital payment platforms.

The adversaries are tempted to exploit the crisis situation through various misinformation, fake news etc.

The huge cyber data floating in the cyberspace is a gold mine for extracting information that can undermine the privacy of our citizens..," Doval said.

He cautioned citizens while being online and said a responsible approach should be there while using the internet. The NSA complimented the state government and the Kerala police for the initiative. Inaugurating the conference, Kerala Governor Arif Mohammed Khan said with the increased reliance on the internet becoming a permanent feature of people's lives due to Covid-19, citizens need to be extra cautious while being online.

This edition of the conference was on the virtual platform this year due to the pandemic scenario.

"Various types of cybercrimes are happening in our country and it's high time that we take proper precautions against such crimes...," Khan said. Senior police officials, including state police chief Loknath Behera, participated on the first day of the two-day conference.

New Delhi, Sept 17: Opposition leaders met President Ram Nath Kovind on Thursday and raised questions about the role of the police during the February riots, besides expressing their lack of confidence in the probe of the incident.

In a joint memorandum, the leaders raised their concerns over the probe into the riots being conducted by the Delhi Police.

The Delhi Police has set up Special Investigation Teams (SIT) and its Special Cell is also probing the aspect of conspiracy behind the Delhi riots in which 53 people lost their lives.

"There are, however, serious questions about the role played by the Delhi Police during the violence and also the manner in which the police is harassing and attempting to falsely implicate activists and young people who took part in the anti CAA/NRC/NPR movements as the perpetrators of violence.

"Such a manufactured conspiracy theory has now begun to falsely implicate political leaders," it said.

The memorandum also criticised the police for the reference made to CPI(M) general secretary Sitaram Yechury citing disclosure statements by the accused.

"This is a disturbing trend that raises serious questions over the manner of such investigations," the leaders said.

They also alleged that there are several publicly documented accounts and videos of police being "complicit in the violence, directing mobs pelting stones or looking the other way when mobs were indulging in violence".

"During the violence, a disturbing video emerged showing uniformed policemen assaulting young men lying injured on the road and forcing them to sing the national anthem while repeatedly beating them with lathis.

"One of the men, Faizan, succumbed to his injuries a few days later," the memorandum said highlighting other such instances, including one in which they alleged the "DCP stood quietly next to a BJP leader who was instigating violence against the protestors, warning that if they did not vacate the road, he would do it himself".

"Despite several complaints being filed alleging involvement of senior police officials in the violence, including a DCP, additional commissioner and SHO, it appears no urgency has been accorded to identifying the policemen involved in the violence and ensuring that they are brought to book," it said.

It also pointed out that while the police was "silent" on the alleged hate speech of BJP leaders, and turned a blind eye towards the role of its own personnel during the violence, the probe appeared to be pursuing a line of inquiry "criminalising the protests against the Citizenship Amendment Act (CAA)" and portraying them as a conspiracy which resulted in the riots in Delhi.

"The entire investigation appears to be aimed at arriving at a pre-meditated theory about a conspiracy propounded by the Home Minister in Lok Sabha in March 2020, before any investigation had even begun into the riots," it said.

The memorandum also said that the ongoing investigation by the Delhi police did not inspire confidence as there were serious questions about the "impartiality" of the probe.

"A credible and unbiased probe is crucial to restore public trust in the law and order machinery of the state.

The investigation cannot be allowed to become a fishing and roving expedition aimed at causing a chilling effect on dissent and protest in the country.

"We, therefore, urge you to call upon Government of India to institute an inquiry into this investigation under the Commission of Inquiry Act, 1952, headed by sitting/retired judge(s)," the memorandum said. 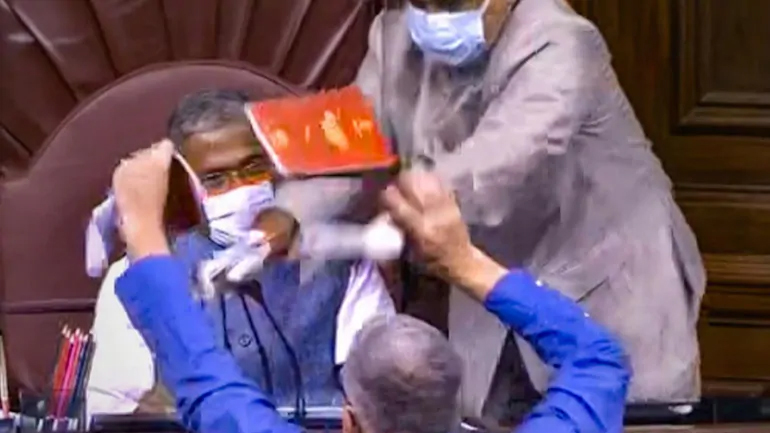 New Delhi, Sept 21: Eight Opposition MPs, including Trinamool Congress floor leader Derek O'Brien and Karnataka MP Syed Nasir Hussain, were suspended for a week during the remaining days of Monsoon Session over uproar in the Parliament during the passage of the two contentious farm sector Bills.

Minister of State for Parliamentary Affairs V Muraleedharana moved the motion to suspend the MPs amid objections from the Opposition.

Chairman M Venkaiah Naidu said the incidents of Sunday were unfortunate. "It pained me a lot. It defies logic. It was really a bad day for Rajya Sabha," he said adding some Opposition MPs abuseed Deputy Chairman Harivansh.

He also rejected the no-confidence motion moved by 46 MPs, including Leader of Opposition Ghulam Nabi Azad, saying it was not in proper format.

Naidu said he was of the view that Harivansh was physically threatened and that he would have been harmed.

Opposition raised slogans against the suspension of MPs following which Naidu adjourned the House till 10 AM.

Meanwhile, the Opposition MPs did not raise the Calling Attention Motion on GST compensation to states amid the din.

When the House reassembled at 10 am, Suspended MPs remain in Rajya Sabha. they Refused to move out.

Deputy Chairman Harivansh then adjourned the House for 30 minutes at 10:06 am.