A chilling account of the Indians deported by Mexico 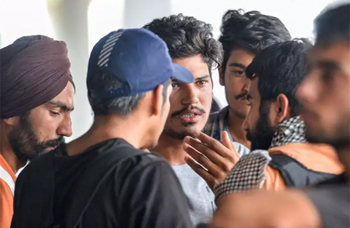 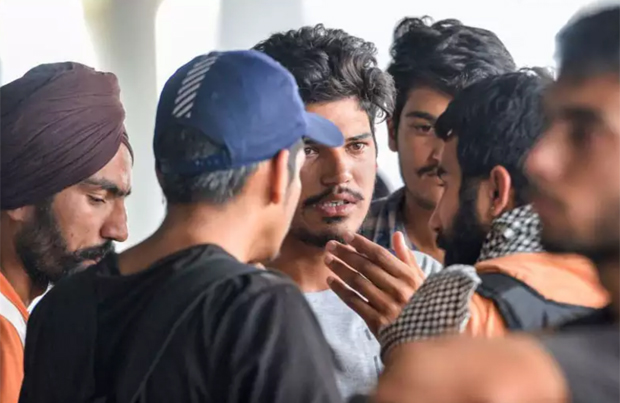 New Delhi, Oct 19: Spending nights in forests, tripping over corpses and surviving without adequate food in refugee camps, after they spent lakhs of rupees to chase their US dream, was the common ordeal for over 300 Indians who landed here on Friday after being deported by the Mexican immigration authorities.

Sent back to India on a chartered plane that took 11 hours, the deportees were first taken to Spain from Mexico and then to India.

Among those who returned home was 19-year-old Mandeep Singh, who left Patiala in June after failing to clear an examination for a job in the Indian Army.

"In April, I appeared in the trials for a job as an Army soldier, but could not get through. Subsequently, I thought of going to the US. I spent Rs 20 lakh to go there to an agent-based in Punjab. On May 9, I left India and reached Ecuador. From there, I reached Colombia and later, Panama.

"For seven days, we walked through the dense forests of Panama. We reached Mexico on September 12. We were just 800 km away from the United States when the Mexican authorities hauled and deported us," he said.

Singh said he saw several corpses, believed to be of those who wanted to migrate just like him, while crossing the forests of Panama.

"The journey was horrifying and I will never go back. The camp used to serve a very small quantity of vegetarian food and mostly beef. On September 25, we sat on a protest that lasted for two days, after which they started giving us rice with kidney beans, but the quantity was small," he said.

Sahil Malik, slightly older at 22, said he left Delhi for Ecuador on June 5, reached Mexico using different modes of transport and often crossed the borders in a bus.

"There were some issues due to which I wanted to leave the country and settle abroad. Hours before being deported to India, the officials from the Indian embassy came to us, checked all our documents and assured us that we would be sent to the US as soon as possible," he said.

Malik said the officials picked them up saying they were being shifted to another camp, which would be their last destination in Mexico, but they were dropped at an airport, from where they came to Delhi via Spain.

Kamaljit Kaur (34) from Jalandhar, the only woman among the deportees, said she spent Rs 53 lakh to reach the US -- including for her husband, son and herself.

Sombir Saini complained of the poor living conditions in the Tapachula refugee camp in Mexico.

Surender (30) said the journey was not all that difficult, but staying in the refugee camps was.

"There were 6,000-7,000 people from different countries in those camps. The situation was pathetic. Water used to be supplied for only an hour a day and there were not adequate medical facilities. They were giving the same medicines to every patient no matter what disease they had," he said.

Surender said they got their immigration certificates from Ecuador, which helped them reach other countries.

"I had given Rs 13 lakh to an agent based in Punjab and in every country, we met his associates after showing our photos and names. Only Indian nationals have been deported while others, including those from Nepal and Sri Lanka, are still there," he said.

Ramdas (26), a resident of Kurukshetra, said, "I cleared the IELTS exam a couple of times, but the result got expired as I was not able to go abroad due to some reasons. Finally, I thought of going to the US for better job opportunities and landed in Ecuador. We reached Mexico and stayed in different camps for two months. Subsequently, we were informed that we would be shifted to another camp in Mexico City and from there, they would send us to the US."

A chilling account of the Indians deported by Mexico