Development should not be at cost of citizens: Aaditya 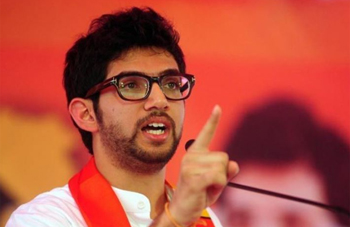 Thane, Sept 18: Asserting that development should not be at the cost of citizens and environment, Yuva Sena chief Aaditya Thackeray has said his party opposed the Nanar refinery project in Maharashtra as "sons of the soil" were against it.

The proposed Rs 3 lakh crore refinery at Nanar in the state's Ratnagiri district was scrapped earlier this year after the Sena put up stiff resistance.

Justifying his party's opposition to the project, Thackeray said its proposed location would have adversely affected the environment.

"Wherever else it is suitable and does not affect the environment and locals welcome it, the Sena will never oppose it. The Sena is not against development, but not at the cost of citizens. We are against the Nanar project as 'sons of the soil' are opposed to it," he said.

Incidentally, Thackeray has been quite vocal against the proposed felling of over 2,600 trees to make way for a Metro car shed in Aarey Colony of Mumbai.

Environmentalists and activists are also opposing the Metro car shed project and have been demanding its relocation.

The Yuva Sena chief, who is the son of Sena president Uddhav Thackeray, was talking to reporters here on Tuesday night on the sidelines of his 'Jan Ashirward Yatra', a public outreach programme, ahead of the upcoming state polls.

Asked about rumours that former state chief minister and Maharashtra Swabhiman Party leader Narayan Rane may join the ruling BJP, the Yuva Sena leader said, "We don't discuss such small issues. We have a big dream of creating a new Maharashtra."

"I want to build a new Maharashtra, which is the dream of every citizen, and bring 'Mantralaya' (secretariat) at the doorsteps of citizens," said the young Sena leader, whose party is an ally of the BJP at the Centre and in the state.

He said the relevant issues for them are the recent abrogation of Article 370 in Jammu and Kashmir and their party's demand for construction of the Ram temple in Ayodhya.

Asked about the numerous potholes in Thane, he said such road conditions were seen in many parts of the state, including the Mumbai-Goa highway.

"There is a dire need to have a relook into the tendering system where a contract is given to the lower bidder. This affects the quality of construction," he said.

He said the time has come when the Centre, the state government and local bodies should think over it and bring about a change in the process to improve the quality of roads.

This year there has been heavy rainfall and also due to the ongoing Metro work, roads have become bad, he noted.

Incidentally, Sena supremo late Bal Thackeray had once during an election rally in Thane prostrated before the audience and sought their blessings.

Replicating his grandfather's action, the Yuva Sena chief also prostrated before the gathering during his rally here on Tuesday and sought their blessings for his party in the upcoming state polls.

He said the Sena has a special love and affection for Thane as it gave his party a political fillip in the 1960s.

"The same love I want throughout the state. Whatever development work has happened (in Thane), I want to replicate it in the entire state. Hence, I have come to this city to seek your blessings," he told the gathering.

Development should not be at cost of citizens: Aaditya