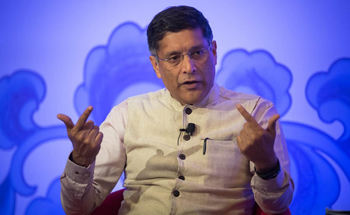 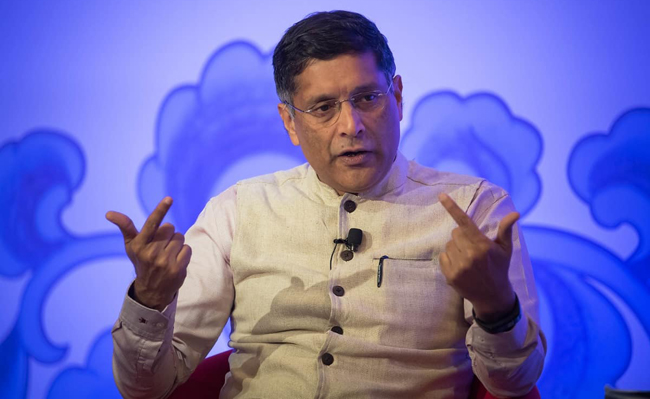 "The GDP estimates released by the ministry are based on accepted procedures, methodologies and available data and objectively measure the contribution of various sectors in the economy," the Ministry of Statistics & Programme Implementation said in its rebuttal.

In his recent research paper published by Harvard University, the former CEA has said there is a possibility of substantial overestimation in the growth figures while stating that the actual GDP growth between 2011-12 and 2016-17 was around 4.5 per cent as against 7 per cent.

Subramanian has suggested that India's GDP growth estimate has been overestimated by around 2.5 percentage points between 2011-12 and 2016-17, a period that covers the years during both the UPA and the NDA governments.

The adoption of a new GDP series to measure the country's economic growth, months after the government itself slashed previous UPA-era GDP growth rate for 2010-11 from the earlier estimated 10.3 per cent to 8.5 per cent, has fuelled controversy.

However, the ministry said: "Estimation of GDP in any economy is a complex exercise where several measures and metrics are evolved to better measure the performance of the economy".

According to the ministry, the purpose of global standardisation and comparability, countries follow the System of National Accounts (SNA) evolved in the UN after elaborate consultation.

Besides, the ministry pointed out that the methodology of compilation of macro aggregates has been discussed in detail by the Advisory Committee on National Accounts Statistics (ACNAS) comprising experts from academia and institutions like the Reserve Bank of India (RBI).

"It may be noted that decisions taken by these Committees are unanimous and collective after taking into consideration the data availability and methodological aspects before recommending the most appropriate approach," the ministry said.

As per the statement, structural changes in the economy have necessiated the revision of the base year of macroeconomic data points such as "GDP, Index of Industrial Production (IIP), Consumer Price Index (CPI) etc" on a periodical basis to ensure that indicators remain relevant.

"Such revisions not only use latest data from censuses and surveys, they also incorporate information from administrative data that have become more robust over time."