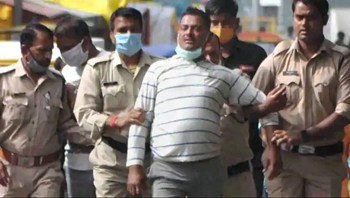 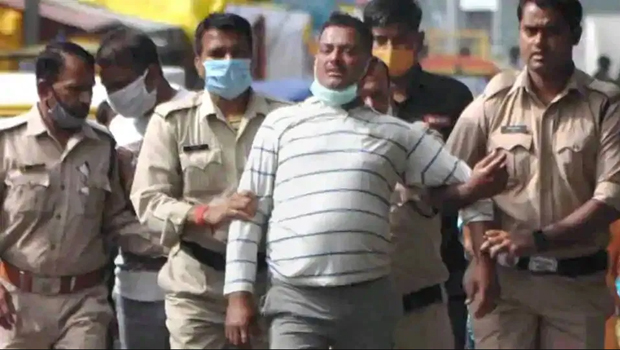 New Delhi, July 10: Hours before gangster Vikas Dubey was killed in an alleged police encounter on Friday, a plea was filed in the Supreme Court demanding urgent listing for action into his "possible killing" by Uttar Pradesh Police.

Advocate Ghanshyam Upadhyay had apprehended in his plea that there is a high possibility that Dubey will also be killed in a 'fake' encounter after his arrest from Ujjain in Madhya Pradesh a day ago.

Upadhyay claimed that the UP Police was expected to "concoct the same story of encounter" for Dubey like it did when four of his associates were killed after the 2 July incident.

Dubey was the primary accused in the killing of eight policemen in Kanpur on July 2. He was arrested from Ujjain on Thursday. He was killed in a police encounter, when he allegedly tried to flee on Friday morning.

"During the hunt for Dubey and co-accused, five of his accused aides were arrested/caught and then killed by the police in the name of encounter...Thus, there is every possibility that even Dubey shall be killed by Uttar Pradesh Police like other co-accused once his custody is obtained," Upadhyay feared.

He submitted that the killing of the accused by the police in the name of encounter no matter how heinous the crime was "against the rule of law and serious violation of human rights and nothing sort of Talibanisation of the country". Upadhyay sought hearing in the matter on Friday itself, citing extreme urgency.