I have lost a valued friend: PM Modi on Jaitley's death 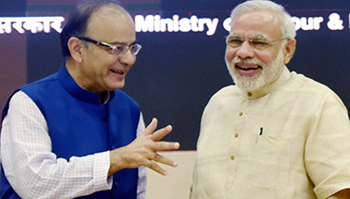 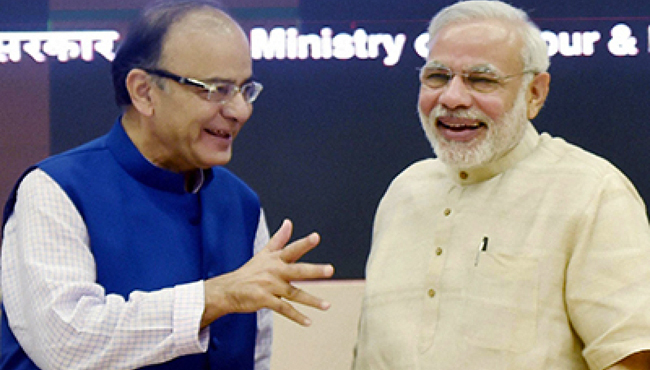 New Delhi, Aug 24: Prime Minister Narendra Modi on Saturday described Arun Jaitley as a "valued friend" whose insights and nuanced understanding of matters had "very few parallels" as he condoled the death of the senior BJP leader who was one of his close confidants for decades.

Modi, who is in the UAE on an official tour, said the former finance minister was full of life, blessed with wit, a great sense of humour and charisma.

Official sources said the prime minister spoke to the the wife and son of Jaitley, who died at AIIMS on Saturday, and expressed his condolences. Both of them insisted that he does not cancel his foreign tour.

In his tweets, Modi said Jaitley was admired by people across all sections of society, dding that he was multi-faceted, had impeccable knowledge about India's Constitution, history, public policy, governance and administration.

"With the demise of Arun Jaitley Ji, I have lost a valued friend, whom I have had the honour of knowing for decades. His insight on issues and nuanced understanding of matters had very few parallels. He lived well, leaving us all with innumerable happy memories. We will miss him!" he said.

Noting that Jaitley held multiple ministerial responsibilities during his long political career, he said it enabled him to contribute towards India's economic growth, strengthening our defence capabilities, creating people friendly laws and enhancing trade with other nations.

Modi also recalled his contribution to the BJP.

"BJP and Arun Jaitley Ji had an unbreakable bond. As a fiery student leader, he was at forefront of protecting our democracy during the Emergency. He became a much liked face of our Party, who could articulate the Party programmes and ideology to a wide spectrum of society," he said.

I have lost a valued friend: PM Modi on Jaitley's death