Mumbai, Aug 6: Former Reserve Bank of India governor Raghuram Rajan said on Thursday that overly focusing on what sovereign rating agencies think can take one's eyes off what needs to be done for the economy.

"It is also important to convince both domestic and international investors that after the crisis associated with the pandemic is over, we will return to fiscal responsibility over the medium term, and the government should do more to convince them of that," Rajan told the Global Markets Forum.

India was placed under one of the strictest lockdowns in the world in late March for more than two months to stem the spread of the coronavirus, but cases have continued to rise steadily since the government eased restrictions in June, stymieing hopes of an economic recovery.

The government has announced several initiatives to help the poor and small- and medium-size businesses, but actual cash outgo from the government's measures has been estimated at just about 1% of GDP.

Several attribute the fiscal prudence to fear of a downgrade after Moody's cut India's rating and outlook in early June followed closely by a change in outlook from Fitch.

The central bank on its part too has reduced the key lending rate by 115 basis points on top of the 135 bps last year and is widely expected to cut rates by another 25 bps later on Thursday.

"The RBI and government have certainly been cooperating, but it seems like it is elsewhere, the ball is in the government's court to do more," Rajan said.

He said the RBI needs to focus on whether credit is reaching the stressed areas of the economy and also if the viable firms were able to access credit and not the unviable ones.

"And I think that's where it has to focus its attentions, because resources, as you well know, are limited in India today."

Recently analysts, however, have cited the growing possibility the RBI may prefer to pause and cut rates only at its October meeting.

Government officials too have suggested the possibility of any more fiscal stimulus being announced, would only come in the second half of the fiscal year, once a recovery has taken root and coronavirus cases have peaked.

"What India should focus on at this point is protecting its economic capabilities, so that when it has dealt with the virus it can go resume activity in a reasonable way. That should be the focus," Rajan said.

"And if it does that, there is no reason why the rating agencies will not see that as an appropriate policy". 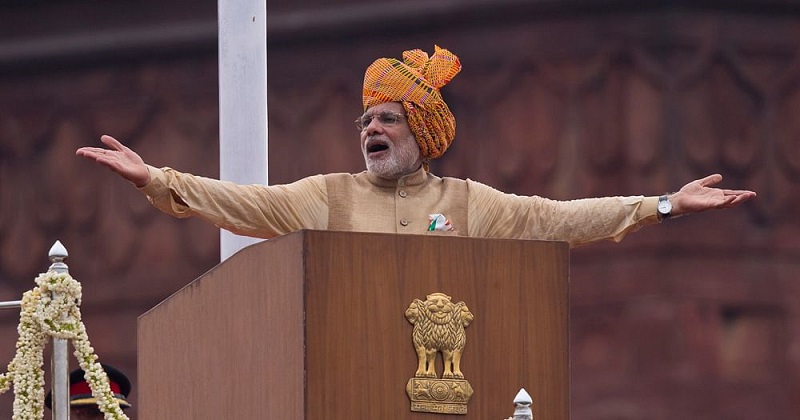 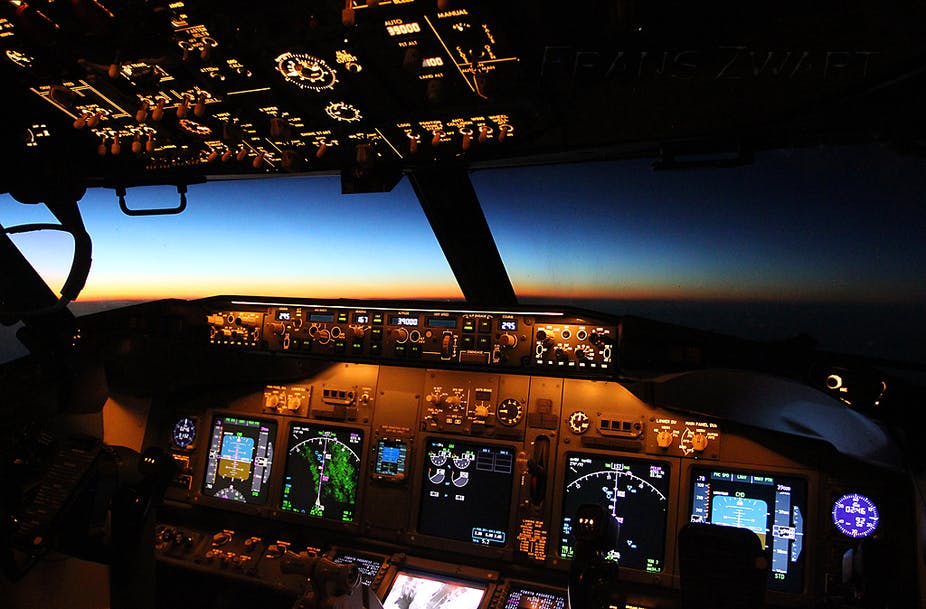 New Delhi, Sept 15: Pilot associations have told the Civil Aviation Ministry that their experience with the Director General of Civil Aviation (DGCA) over the last two decades has been disappointing and that safety regulations are diluted to favour commercial considerations of airline operators in the country.

The Indian Pilots Guild (IPG) and the Indian Commercial Pilots Association (ICPA) have sent their comments to the Ministry on the restructuring of DGCA.

"We have close to two decades of experience both interacting with and being regulated by DGCA. Our overall experience sadly has been disappointing. We have seen multiple iterations of important flight safety legislation being diluted to favour commercial considerations of airline operators in the country," the pilots told the ministry.

They added that at other times, DGCA has been over zealous in regulation, resulting in victimisation of pilots or cabin crew a lot more than achieving the intended flight safety objectives.

"Further, there are significant cases of regulation to protect airline interests, but rarely to protect the airline employees from mismanagement which is chronic in Air India at least. Many of these have been/are under challenge in courts of law throughout the country," they added.

Testing the crew for alcohol before a flight is an important flight safety requirement, which has been addressed adequately by the DGCA by asking for mandatory testing before a flight and removal from duty if found positive.

If a crew is found to be under the influence of alcohol, the airline is given no leeway to punish this individual administratively or allow any rehabilitation.

"The DGCA instead jumps in immediately to make an example of the individual through these draconian punishments. Other regulators handle this subject with a lot more empathy," the pilots added.

The service conditions between the airline operators and their employees with regard to resignation is an internal airline matter. That has not stopped the DGCA from coming up with regulations requiring pilots to give at least six months' notice before resigning from an airline. The same has been increased to one year now, which is under challenge in the Delhi High Court.

"It effectively forces a pilot to keep working in an airline while obviously unsatisfied. This has no bearing with the safety of the travelling public or arguably affects it negatively, a fact which has not deterred DGCA from abusing its oversight," the pilots said.

The pilots added that the DGCA is currently headed by an IAS officer. But the aviation industry is unique and highly technical and cannot be treated like a generic government department.

"At the helm of DGCA there must be a technocrat with relevant experience and qualifications. Without this crucial reform, no amount of restructuring will change the way DGCA operates," the pilots said.

Although the DGCA is an arm of the Civil Aviation Ministry, it must have complete operational independence to exercise objective oversight on civil aviation in India. It cannot be the judge, jury and executioner at the same time, the pilots said.

Any technical legislation proposed by the DGCA must be based on credible scientific research to be made available in the public domain. It is important to comply with the ICAO recommendations but at the same time, regulations must be tailored to the Indian aviation scenario, which is not possible by cherry picking other regulators, the pilots maintained.

Once a new legislation is issued by the DGCA, there must be a dedicated team to get it running smoothly and amend the regulations to address any unforeseen issues by closely working with all the affected stakeholders.

This team must actively seek feedback and review the on ground effectiveness ofthese regulation periodically to tackle emerging issues and keep legislation up to date, the pilots said. 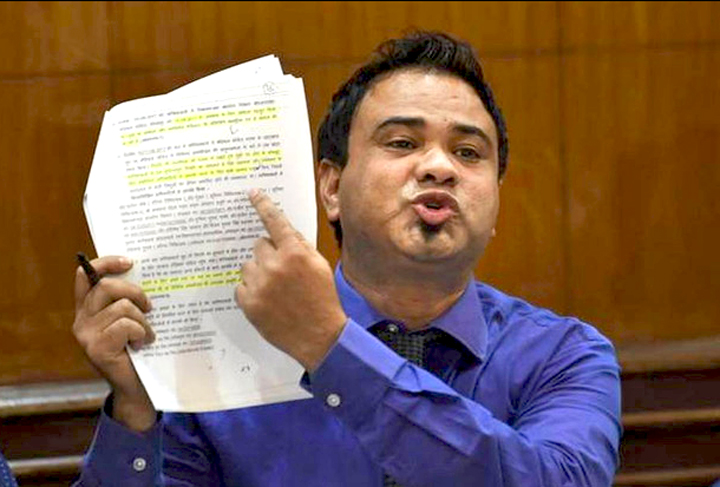 New Delhi, Sept 21: Gorakhpur's Dr Kafeel Khan, has taken his battle against the Yogi Adityanath government to an international level. Khan, who was recently absolved of charges under the stringent National Security Act (NSA) and is now living in Jaipur, has written a letter to the United Nations Human Rights Commission (UNHRC) informing them about "widespread violations of international human right standards in India and misuse of draconian laws like NSA and UAPA to suppress voices of dissent".

In his letter, Khan thanked the UN rights body for urging the Indian government to protect human rights of activists arrested for "peacefully protesting against CAA" and said that the government "has not listened to their appeal".

It may be recalled that on June 26, the UN body had written to the Indian government, mentioning 11 cases, among those that of Kafeel Khan and Sharjeel Imam, for "serious allegations of human rights violations, several relating to due process failings during arrest and detention, as well as allegations of torture and ill-treatment".

Describing his days in jail, Khan wrote, "I was tortured mentally and physically and also denied food and water for many days and treated inhumanely during my 7 months of incarceration in a congested, overcrowded Mathura prison. Fortunately, I got the NSA and all 3 extensions of detention quashed by the high court, which called the whole process illegal."

He also mentioned about the Gorakhpur tragedy on August 10, 2017 at Baba Raghav Das Medical College, in which many children lost their lives due to unavailability of liquid oxygen.

The high court categorically stated in its April 25, 2018 order that there was "no evidence of medical negligence found against him and he was not even involved in the oxygen tendering process".

Khan has since been suspended from his job, but not relieved from the state services. Eight different inquiries were conducted by the Uttar Pradesh government and they have all absolved him of any wrongdoing in the tragedy. His suspension has not been revoked.