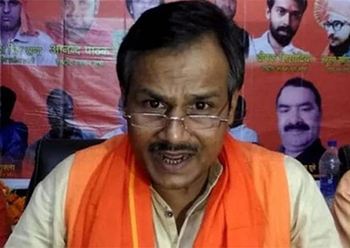 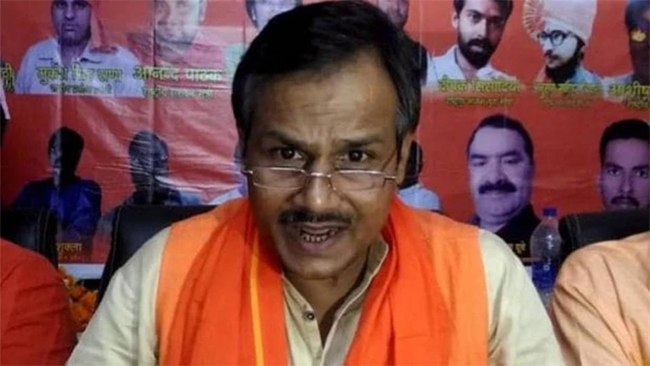 Speaking to ANI, Sudhindra Bhadoria said: "The murder of Kamlesh Tiwari is a serious blow to the law and order situation in Uttar Pradesh. His mother has levelled serious allegations on the state government. They failed to provide law and order and security to her son."

"I must say that there is complete 'jungleraj' and 'gundaraj' in Uttar Pradesh and no rule of law exists today in the state," Bhadoria added.

The son of Kamlesh Tiwari Satyam demanded NIA probe in his father's murder case and said that "We want NIA probe into the case as we do not trust anyone."

"My father was killed although he had security guards, how can we possibly trust the administration then?" Kamlesh Tiwari's son added.

Yogi Adityanath on Saturday condemned the murder of Kamlesh Tiwari and said that such incidents are "unacceptable" and people involved in the case will not be spared.

Tiwari was shot dead at his residence in Lucknow by some unidentified persons on Friday afternoon. The family of the victim had said that he had received a death threat in 2016.