'Most children died in Muzaffarpur due to hypoglycemia' 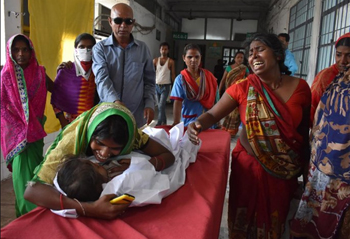 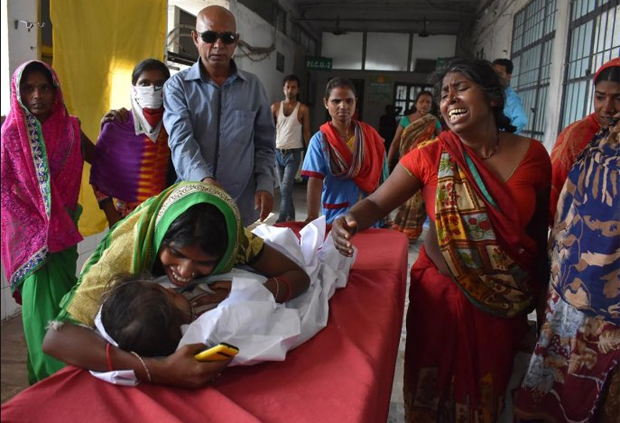 Patna/Muzaffarpur, Jun 12: Thirty children have died this month in two hospitals in Muzaffarpur, with most of them being victims of hypoglycemia and not Acute Encephalitis Syndrome (AES) as being reported in the media, officials have said.

Health Department's Principal Secretary Sanjay Kumar told reporters in Patna, "A total of 26 children have died till yesterday, 80 per cent of them were the victims of hypoglycemia, a condition caused by very low level of blood sugar."

He, however, refused to give district wise break-up of the 26 children's death.

"A team led by the director in chief, Health Services has gone to Muzaffarpur to take stock of the situation prevailing there," Kumar said.

Considering the gravity of the situation, a seven-member team would be visiting Muzaffarpur to take stock of the situation and also study about the disease which is taking a heavy toll on the children, he said.

Participating at a function organised at the Indira Gandhi Institute of Medical Sciences (IGIMS) premises to lay the foundation stone of a 500-bed building, Chief Minister Nitish Kumar expressed sorrow over the children's deaths in Muzaffarpur.

"I am very pained with the children's deaths in Muzaffarpur. We are very hurt and pained. The Health Department has sent its team to Muzaffarpur which would take stock of the measures being taken to tackle the disease," the chief minister said.

Asked about the reasons behind the deaths, he said the reason could be that the children may be sleeping on an empty stomach coupled with constant high temperature, lack of water in the body and glucose level in the blood.

The department has ordered for distribution of ORS packets among the children so that they can take it before going to bed, he said, adding that it would maintain blood sugar level in the children.

The deaths have taken place especially in malnourished children and also in poor and impoverished families, he said.

Kumar asked people to take their children to their nearest Primary Health Centre (PHC) as all PHCs have been equipped with all the facilities.

The department has made seven paediatric ICU functional in the state to tackle the disease.

'Most children died in Muzaffarpur due to hypoglycemia'