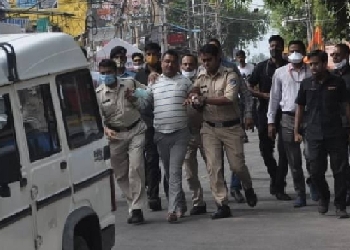 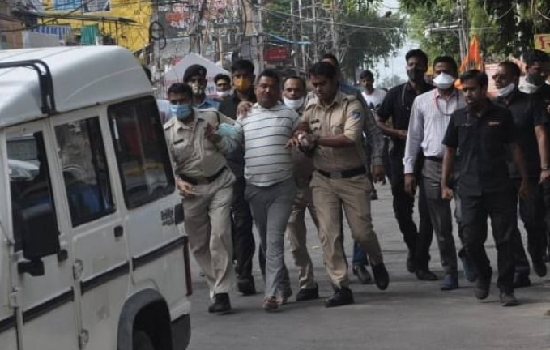 Kanpur, Jul 11: "The Uttar Pradesh administration has done the right thing by taking action against my son," said an old and feeble Ram Kumar Dubey, father of gangster Vikas Dubey.

The father said his son killed eight police officials and it was an unforgivable sin.

"Had he listened to us, his life would not have ended this way. Vikas never helped us in any way. Due to him, even our ancestral property was razed to the ground. He also killed eight policemen, which is an unforgivable sin. The administration has done the right thing. Had they not done so, tomorrow others would have acted similarly," Ram Kumar said.

"It is the chief minister's duty to protect every individual. The police is an extension of that. He attacked them which cannot be forgiven. I will not even take part in his cremation," he added.

Ram Kumar Dubey said that his only appeal to the government is to allow him entry to his ancestral property now.

Vikas Dubey was cremated at Bhairav Ghat in Kanpur. His wife, younger son and brother-in-law were present and no other member of his family attended the last rites.

Vikas Dubey was arrested by the police in Ujjain on Thursday morning. He was on the run for the last six days and had come to the city to offer prayers at a temple, where he was identified by a security guard.

He was killed in an encounter by the Uttar Pradesh Police earlier today after he "attempted to flee".

The gangster was the main accused in the encounter that took place in Bikru village in Chaubeypur area of Kanpur last week, in which a group of assailants opened fire on a police team, which had gone to arrest him.

Eight police personnel were killed in the encounter.

Vikas Dubey managed to escape after the incident. Uttar Pradesh police had launched a hunt and raised a bounty on him for Rs 5 lakh.