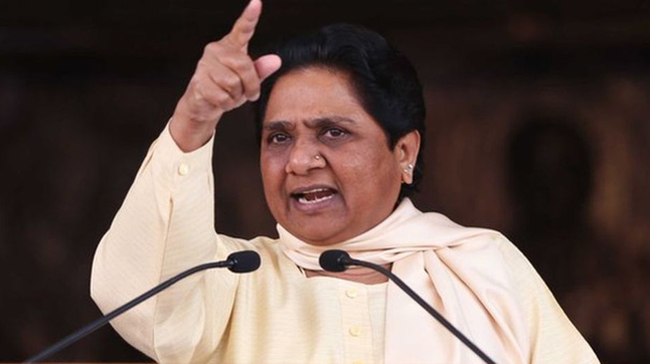 Lucknow, Jun 2: Bahujan Samaj Party chief Mayawati on Tuesday said protests in the US after the death of George Floyd, an African-American man, is a clear message to the world that a common man's life has value.

She said this is also guaranteed by the India Constitution, but the governments don't follow it, resulting in the current plight of migrants workers.

Floyd, a 46-year-old restaurant worker from Houston, died in Minneapolis on Monday after a white police officer pinned him to the ground. Video footage showed the officer kneeling on Floyd's neck as he gasped for breath, sparking widespread protests across the US.

"Floyd's killing by police and the 'Black lives matter' agitation in the US have given a clear message to the world that a common man's life has value and it should not be taken for granted," Mayawati said in a tweet in Hindi.

"India's constitution guarantees independence, security, self-respect and pride and governments should give special attention to it. If it was followed, crores of migrants labourers would not have to witness such bad days," she added.

She also demanded better coordination between states to check the spread of coronavirus and said Centre should intervene.

"While coronavirus patients are rising, there is lack of coordination between states and with the Centre, and allegation and counter-allegations are going on and sealing of state borders is unjustified and it is weakening the fight against the virus.  The Centre should intervene," she said in a separate tweet.