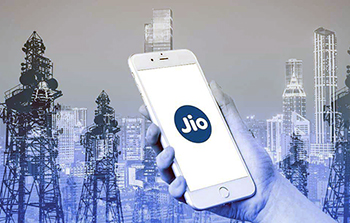 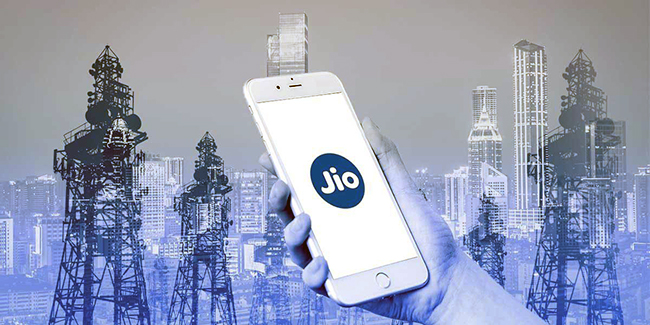 Mumbai, Oct 19: Reliance Jio on Friday reported Rs 990 crore net profit for Q2 ending September, marking a year-on-year growth of 45.4 per cent on a standalone basis even as its average revenue per user (ARPU) fell while both data and voice volume grew significantly.

It's standalone revenue from operations was Rs 12,354 crore while standalone Ebitda stood at Rs 5,166 crore. The company's net profit was Rs 891 crore in the previous quarter.

Reliance Jio has become the world's second largest single country operator with over 350 million subscribers, the company said in a statement.

Mukesh Ambani, Chairman and Managing Director, Reliance Industries Limited, said, "Jio crossed the 350 million subscriber mark to remain the world's fastest growing digital services company, and we are still adding more than 10 million new customers every month. Jio is not only India's largest telecom enterprise in terms of subscribers and revenues, but has also become the digital gateway of India."

Reliance Jio's ARPU was expected to decline as the operator has been aggressively adding JioPhone users who usually subscribe to low-cost plans. This is the seven straight time that Jio's ARPU fell, underlying low-paying user additions into its network. It means the additional users are not adding to the company's revenues.

Vodafone Idea posted an ARPU of Rs 108 in the June quarter. Airtel and Vodafone Idea are yet to announce their financial results for the September quarter.

Earlier this month, Reliance Jio had announced that it will charge customers 6 paise a minute for voice calls made to rival networks, but will compensate them by giving free data of equal value.

Last month, the telecom operator forayed into broadband business by offering six plans to users in the range of Rs 699 to Rs 8,499, with bundled in router, 4K set-top box, a television set and content and streaming services under its FTTH service.

The company's subscriber base was at 355.2 million as of September 30, as it added 2.4 crore subscribers in the second quarter.

Data traffic grew 56 per cent year-on-year, while voice growth was recorded at 52 per cent over last year.

The company is on track to achieve 50 per cent Ebitda margin. Its gross customer addition at 31.6 million and monthly churn rate reduced sequentially to 0.74 per cent. Inter-user connect charges for the last quarter was Rs 652 crore.