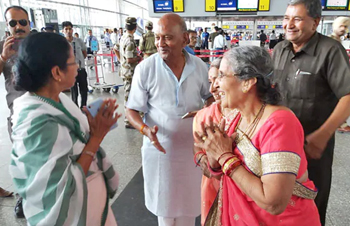 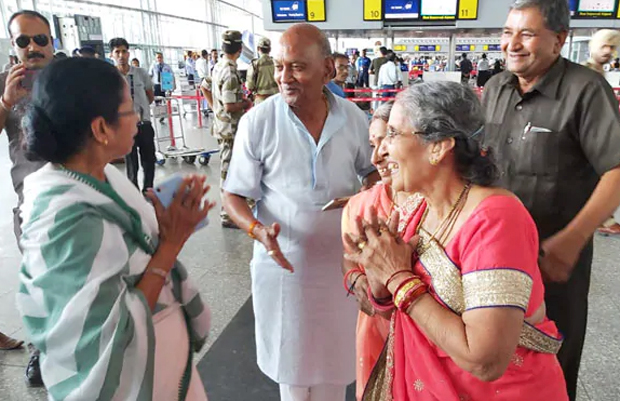 Jashodaben was leaving the city after a two-day visit to Dhanbad in neighbouring Jharkhand, a source close to the Chief Minister said.

"It was a chance meeting and they exchanged greetings. The Chief Minister also gifted her a sari," the source said.

Banerjee is scheduled to meet the Prime Minister on Wednesday in New Delhi, during which she would highlight various issues like funds that are due to the state.

Jashodaben had on Monday offered puja at Kalyaneswari Temple at Asansol in Paschim Barddhaman district of West Bengal. Asansol is around 68 kilometres from Dhanbad.