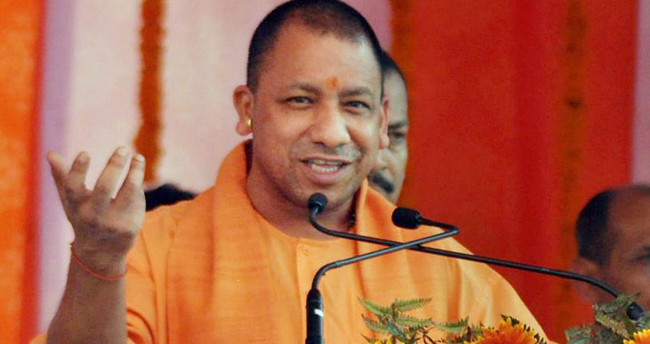 Lucknow, May 25: Migrant workers who wish to return to their places of work after the lockdown is lifted, may no longer find the going easy now.

Uttar Pradesh Chief Minister Yogi Adityanath has said that his government will lay down stringent conditions for ensuring social security of workers from the state who are hired by other states.

"Other states will also need to seek permission from his government before engaging workers from UP," he said while addressing a webinar on Sunday.

The Chief Minister stated, "If any state wants manpower, the state government will have to guarantee social security and insurance of the workers. Without our permission they will not be able to take our people," he said.

He said all migrant workers who have returned to the state were being registered and their skills were being mapped by the administration. Any state or entity interested in hiring them will need to take care of their social, legal and monetary rights.

Speaking about the challenges his administration had faced during this crisis, the Chief Minister said, "When I talk of Uttar Pradesh, then it is natural to say that it is the state with the highest population. We have faced several challenges during the lockdown. At the beginning, migrant workers and labourers started coming to the state. We deployed 16,000 buses and within 24 hours, they were brought back to their home districts and arrangements were made to screen them."

Yogi Adityanath took a dig at the opposition leaders for the migrant crisis. "During the lockdown, if those who now raise slogans for the poor had honestly cared about workers, then migration could have been stopped. This did not happen. No facilities were given. At several places, electricity connections were cut, so people had to migrate." he said.

Legal experts, meanwhile said that requiring government permission for employing people could face a legal challenge as the Constitution guarantees the freedom of movement and residence and employment of workers.

"Article 19 (1)(D) guarantees freedom to move freely, and 19(1)(e) the freedom to settled in any part of the countryso the need for permission can be legally challenged," said a senior lawyer.