The Chairman of Intellectual Council Jeddah, Syed Nasir Khurshid, called for a Zoom meeting on 2nd July, 2020 to celebrate the oath taking ceremony of the D K Shiva Kumar who took over as the President of the Karnataka Pradesh Congress Committee. Mr Khurshid opened the meeting with a very enthusiastic and sincere note of congratulations to newly appointed president of Karnataka Pradesh Congress Committee, Mr. D.K.Shivakumar. 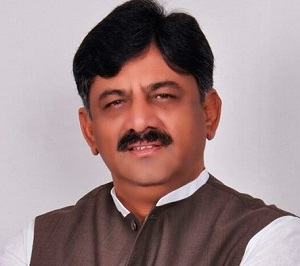 The chief speaker for the evening was Saleem Khaleefa, vice Chairman of the Council, he said, for more than 4 decades, he is monitoring the politics of the Karnataka state very closely and also monitoring the role of crises management DK Shiva Kumar in the last 2 years, whether it is Rajya Sabha election of Mr. Ahmed Patel or managing the MLAs of Madhya Pradesh. He said, he is one of the best leaders of the party and the best leaders use “their brain, their heart, their soul and their guts.” And his leadership is fit in the size of all these characters. Growth is a very powerful word and fundamentally, party growth is the responsibility of the President and he can take a holistic approach to close the gap between and among the party cadres.

Every effort is to be made to preserve the sense of unity within the party. We need to unite party base while appealing to voters. He should identify on ground challenges and find the mechanism to address them. He further pointed out that a President’s chief responsibility is to bring all the party leaders and office bearers on the same page with a Mission to bring back the congress party into power in the next assembly election. His smart strategies, road map, mechanism, booth management, better connected with the party workers, taking everyone along with him, will be a direction for the presidents of the party in other states to take party into power.

He pronounced his leadership is totally remarkable and has a track record of his very sensible leadership and he also known for his collaborative and crises management leadership style. Engr. Nasir suggested that his first task is to address the formidable challenges faced by the party and bring the Congress members together, on a very single aspect how to win the election. The party backbone and strength is gross-root workers who can play a significant role to take the party in a very strong and popular position in public. He emphasized that unity is the main strategy and ingredient to win the election, because a party divided will hurt, cannot win the election. Planning is everything and a good planning goes a long way, helping to win the election.

All the members of the Council expressed their views and everyone is very much hopeful that he is the right person to lead the party from top.He has commanded immense respect from party workers, office bearers, all communities, groups, including opposition parties. He is a very experienced, have immense experience and hard-work leader and he is a strategist and knows the art how to motivate the party workers and unite all in a single rope.

Engr. Amjad Ali said, we are very much confident that he will re-structure from bottom to top, panchyat, taluka and district committees will be re-structured and will induct caliber and talented leaders who can understand and realize their responsibilities and accountability as head of the party at their levels with only one point how to win the coming election with thumping majority.

One of key members of the Council, Sajid Shaikh expressed joyfully that every single member of the party have confidence on the leadership of Mr. D.K Shiva Kumar and his appointment to the top position says a lot of nice things about him.  He has shown his great leadership and expert in crises management on many occasion.  The party in Karnataka is in good hands and I am sure he will sort-out all the difference between and among the party leaders and cadres, which has hurt the party in the last election and will bring all on the same page. Congress party and its workers are lucky to have such a passionate and hardworking president who is ready to work day in and day out to bring party in power in 2023 assembly election.

Prominent members of the Council, Engr. Azher Parvaiz, Engr. Abdul Wahid, Hazrat Qadri, Engr. Abdul Ameed, Saleem Khan, and Rafiuddin Kharadi commented, we looking forward his dynamic and result oriented leadership in organizing and re-shaping the party in the state, he will hold all congressmen together with a noble purpose, motivate every party worker to work with dedication so that congress can come back to power with absolute majority and he can count on our absolute support in booth management as well  suggest a few points to be included in the manifestos, running a high  successful voltage campaign highlighting the failure of the BJP government at the Center and at the state, between and among in the NRIs community across the Gulf Countries, including Europe and America. Council will do the value-based politics and will present the image of the Congress party, as the rational political party, with secular and inclusive, where people of all religions, caste, race and gender, feel wanted in the party, as its main ideology.

Syed Nasir Khurshid thanked entire team for attending the meeting he expressed his gratitude towards Vice Chairman of the council Saleem Khaleefa for speaking as chief speaker and giving updates, he said, team members are excited to meet in person with Mr. D.K. Shiva Kumar, when members visit India during their vacation.