Kashmir may not be major topic in Modi-Xi summit: China 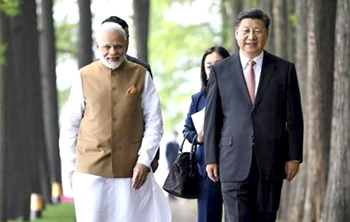 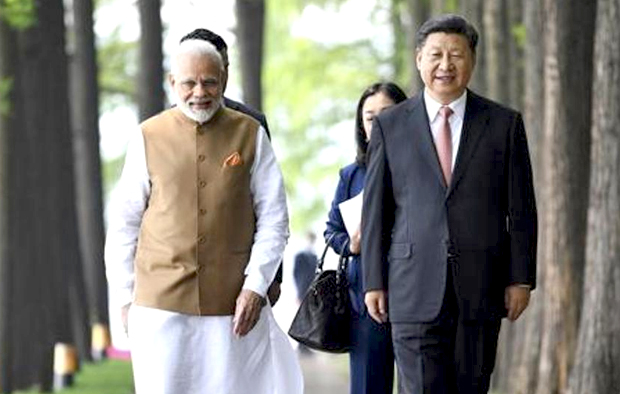 Beijing, Sept 18: China on Tuesday said the Kashmir issue may not be a “major topic” of discussion during the planned 2nd informal summit between Prime Minister Narendra Modi and President Xi Jinping, notwithstanding the high voltage campaign by its close ally Pakistan over India revoking the special status of Jammu and Kashmir.

A senior Chinese official said it should be left to Modi and Xi on the issues they would like to discuss.

"As for Kashmir will be on the agenda, I'm not sure because this is kind of informal summit and leaders' meeting I think better we need to give the leaders much time to discuss whatever they would like to discuss," Chinese Foreign Ministry spokesperson Hua Chunying told a media briefing here.

"For this kind of informal summit, I think it is better to leave the leaders much time to discuss whatever they would like to discuss," she said.

Hua said Kashmir may not be a major topic of discuss between the two leaders.

"I think for those things like Kashmir, I don’t think it will be a major topic occupying the talks, that is my understanding,” she said.

"But for the leaders, they will be free to talk about whatever they like,” Hua said, responding to a question.

China, the all-weather ally of Pakistan, already tried to take the Kashmir issue to the UN Security Council last month. But a closed-door meeting of the UNSC, in a snub to both Beijing and Islamabad, ended without any outcome or statement.

On China's stand on the resolution of the Kashmir issue, Hua reiterated that “we always take Kashmir as a problem between India and Pakistan.

"And we know there was the UN resolutions regarding Kashmir, so we hope this issue could be resolved through friendly and peaceful negotiations between India and Pakistan according to the relevant UN Charter and UN resolutions,” she said.

China hopes that “since both India and Pakistan, a good neighbour of China, of course, we hope our great neighbours could be in peaceful terms with each other, she said.

"And both India and Pakistan can try their best, maybe our best efforts to resolve the issue peacefully through negotiations,” she said.

On President Xi’s visit to India next month, Hua said both sides are keeping very close contact with each other but declined to reveal the date and venue.

"I'm not in a position to announce the details yet. But I think you will know, very soon. But we are looking forward to the visit. Both China and India are both great countries,” she said.

A lot of significance is attached to the 2nd informal summit between Modi and Xi that was expected to take place next month much on the same lines of the first such meeting at Wuhan last year, which normalised relations between the two countries after the 73-day standoff at Doklam.

On the India-China border question, Hua said both sides at all levels have very fruitful, and smooth channels for communications.

"China always keeps its words, we always kept our words, and we never intended to do anything that could harm the mutual trust between China and India. And we hope to see the same good willingness from the Indian side,” she said.

"Both sides can work together to safeguard to maintain to make sure the border, the border areas be kept in peace and stability, so that we can increase the mutual trust and stay focused on those kind of things, such as even broaden our cooperation,” she said.

India and China have held 21 rounds of Special Representatives talks so far to resolve the boundary dispute. The India-China border dispute covers 3,488-km-long Line of Actual Control. China claims Arunachal Pradesh as part of southern Tibet while India contests it.

On China’s One Belt and One Road (OBOR), she said there is a sense of reluctance on India’s part.

India has protested to China over the China-Pakistan Economic Corridor (CPEC) as it is being laid through Pakistan-occupied Kashmir, (POK). CPEC is the flagship project of the OBOR.

“This is up to Indian side to decide when and how they could join one belt one road that as you can see, one belt one road has been enjoying more and more support understanding from all of the countries around the world,” Hua said.

Kashmir may not be major topic in Modi-Xi summit: China