Mangaluru, Aug 2: As many as 16 activists (extremists) of Sri Ram Sena, a Hindutva outfit have been arrested by the Mangaluru police after an anti-Arabic raid on a school in the taluk. 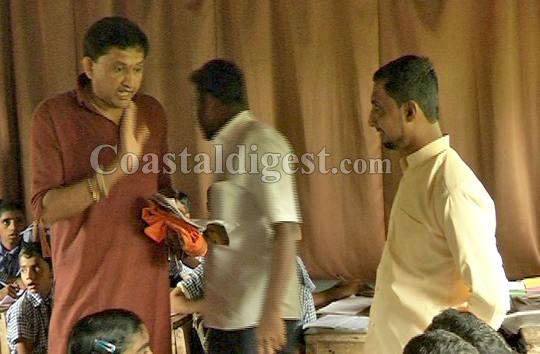 Sleuths of Mangaluru Rural police station on Monday arrested 13 SRS activists on charge of trespass into a school on the city's outskirts. On Sunday three were arrested.

A group of Sri Ram Sena activists barged into a classroom of St. Thomas Aided Higher Primary School in Bondantila near Neermarga on Saturday.

While the activists alleged that students were forced to learn Arabic, the headmaster said that classes were being conducted for 40 students every Saturday on the request of parents. The headmaster had filed a complaint with the Mangaluru Rural police.

The police on Sunday arrested Nithin, Dinesh and Santhosh. On Monday they arrested Mukesh, Ravi, Chethan, Nithin, Kishore, Sunil, Nithin, Rajesh, Ravi, Raghavendra, Jayanth, Prakash, and Chandrahas. The police said a total of 17 persons had reportedly barged into the school and created a ruckus on Saturday.

Chief Whip of the Congress in the Legislative Council Ivan D'Souza condemned the act. In a statement, Mr. D'Souza said he has asked the city police to be tough against groups trying to disturb peace and tranquillity.

Mr. D'Souza visited the school and spoke to students and teachers. The Democratic Youth Federation of India and the Komu Souharda Vedike too have condemned the act.

why only 15 terrorists arrested while 40 to 60 terrorists entered the school by force and threatened the teacher plus students. Let all be jailed under goonda act. Hate mongers should no sympathy. their place should be jail for ever. supporters of these terrorists should also be noted and arrested.

Learning Arabic is a best thing...I would request Hindu students too learn Arabic language, this will help them secure good job in Arab countries and its advantageous.

@ Kiran Rao, as you said they did not harm any one.
Just look at above picture. The tall SRS man entered class room while the teacher was teaching to his students. Is it right ?? 17 members ( not educated, illiterates) gang entering class room?

gonda act should be used against these anti-india elements.

anythng happend in India now this is very common

BELLARY IS THE RIGHT PLACE FOR THEM ....LET THEM ENJOY IN BELLARY JAIL WITH SPECIAL BEEF BIRIYANI....

Mangaluru, May 6: The custom officers at Mangaluru International Airport seized 848.54 grams of gold worth Rs 43,69,981 in two separate incidents from passengers.

The officials seized 732 grams of 24 carat gold worth Rs 37,69,800 from a passenger who arrived from Dubai. The gold was extracted in the form of one rectangular-shaped gold bar, concealed in his rectum.

In another case, 116.540 grams of gold worth Rs 6,00,181 was seized. The gold was smuggled in the form of four small square-shaped metallic objects concealed in between the bottom portion of two tins of dairy cream. Further investigation is in progress. 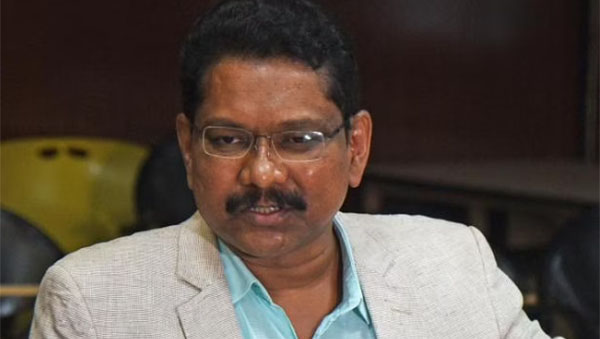 Bengaluru, May 10: Terming his recent transfer to the training wing of the Karnataka state police as a “harassment” by the government of Karnataka, Director General of Police (DGP) Dr P Ravindranath has tender his resignation.

After handing over charge to Addl DGP Arun Chakravarthy at Directorate of Civil Rights Enforcement (DCRE) yesterday, Ravindranath had walked from his office on Palace Road to the office of the state police chief on Nrupathunga Road to meet state police chief Praveen Sood.

In his resignation letter addressed to Chief Secretary P Ravi Kumar, the IPS officer wrote: "I am pained to observe the opacity shown by Karnataka Chief Secretary, Ravikumar when I requested him to issue government order to set up protection cell as per rules of SC & ST (Prevention of Atrocities) Rules 1995."

"I am prematurely transferred without any public interest just to harass me, since I have taken legal action against people involved in fake caste certificate issue," he wrote.

Earlier speaking to media, the top cop said that he is being targeted by a 'few individuals' who are influencing the government. "I am not against the government. The transfer is not on my request or in the interest of the public. It is a clear case of conspiracy and I have decided to resign," he claimed.

Ravindranath said he demands justice and will take further decisions. "Recently, I had revealed the names of a couple of influential people during a press meet. Notices were issued to them to appear before the officer in the Directorate of Civil Rights Enforcement (DCRE), where I have worked for about one-and-a-half years. Soon after that press meet, I was targeted and the government decided to transfer me by violating norms," he added.

He expressed willingness to work at DCRE for some more days as he wants to give justice to the genuine SC/ST community. "I wanted to initiate action against those individuals who have taken fake certificates to obtain government jobs through the SC/ST quota. I have been working sincerely and without bias," he added.

Ravindranath, while serving as ADGP, had tendered his resignation to the then Chief Secretary TM Vijay Bhaskar through the state police chief Praveen Sood on October 28, 2020. He had then accused a ‘few individuals' of harassing him.

The officer was unhappy over the promotion of two other IPS officers to the post of director general of police when his name was second in seniority. He later withdrew the resignation after meeting then CM BS Yediyurappa.