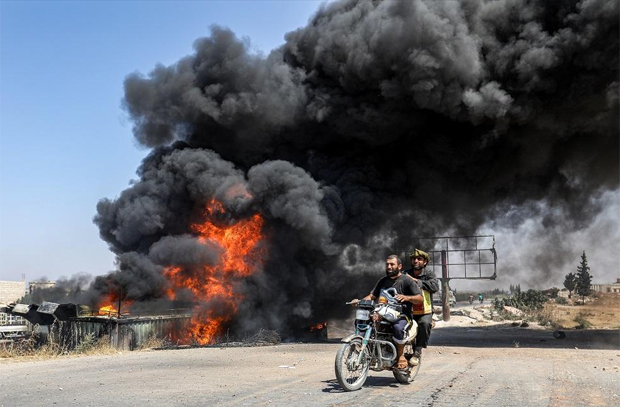 Geneva, Beirut, Sept 5: The UN human rights chief says her office has tallied more than 1,000 civilian deaths in Syria over the last four months, the majority of them due to airstrikes and ground attacks by President Bashar Assad’s forces and their allies.

Michelle Bachelet, the UN High Commissioner for Human Rights, says 1,089 civilians were killed in the war-battered country between April 29 and August 29, including 304 children.

She said nearly all — 1,031 — were reportedly attributable to government forces and their allies in Idlib and Hama provinces. Another 58 were caused by “non-state actors.”

Bachelet was speaking to reporters in Geneva on Wednesday to go over her first year in office.

Meanwhile, thousands of children risk missing out on their education in northwestern Syria after the months-long regime assault that has closed dozens of schools, a charity said.

A fragile cease-fire has held in the Idlib region since Saturday, following four months of air strikes that have killed hundreds of civilians and caused mass displacement.

“Thousands of children due to start the school year in northwest Syria may not have access to education” after the latest violence, Save the Children said.

Classes are set to start at the end of September, but just over half of the region’s 1,193 schools can still operate, it said.

“As the new school year starts, the remaining functional schools can only accommodate up to 300,000 of the 650,000 school-age children,” it said.

The heavy bombardment since late April has damaged or impacted 87 educational facilities, the Britain-based NGO said.

A further 200 schools are being used as shelters for those displaced by the fighting, it added.

The Idlib region is home to some three million people, almost half of whom have been displaced from other parts of Syria in the country’s eight-year war.

Children make up nearly half of the region’s total population, the United Nations says.

After bombardment damaging schools or forcing them to close, many parents are scared to send their children to those still open, Save the Children said.

“Teachers are telling us that parents are pleading with them to shut schools for fear of them being attacked,” the group’s Syria country director Sonia Khush said.

“Many children are dealing with losing their homes, loss and grief. They should not have to fear losing their lives whilst they try to learn,” she added.

Idlib has since January been ruled by Hayat Tahrir Al-Sham, an alliance led by Syria’s former Al-Qaeda affiliate.

Syria’s conflict has killed more than 370,000 people and displaced more than half of the country’s pre-war population since starting in 2011 with the brutal repression of anti-government protests.